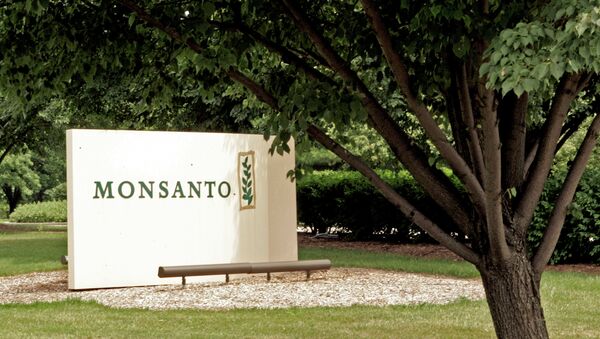 © AP Photo / James A. Finley
Subscribe
The Indian government has passed legislation capping royalties for new genetically-modified (GM) cotton varieties to be introduced by Monsanto, striking a blow at the company’s pricing structure in the heavily-populated country.

To ensure the welfare of farmers and eliminate the agrochemical giant's monopoly in the market, the Indian government also fixed GM-cotton-seed maximum-sale price at 800 rupees for a 450-gram packet.

The order, issued Thursday, did not mention Monsanto by name, but according to the new guidelines, the world's biggest seed company cannot charge royalties more than 10 percent of the maximum sale price of Monsanto's BT-brand cotton seeds, for the first five years from the date of commercialization.

Starting from the sixth year, royalties will decrease by 10 percent from their initial value each year. Also, any variety which loses its effectiveness will not be eligible for royalties, the order states.

Wrap-Up Time for Monsanto? India ‘Won’t Allow Exploitation of Farmers’
It was also specified that any local seed firm seeking licenses for selling the new BT cotton trait must sign a new agreement with Monsanto within 30 days of the request.

The move to cut Monsanto profits is typically considered by industry lobbyists and investors as a blow to innovation. The Association of Biotechnology Led Enterprises-Agriculture Focus Group, a pro-GM advocacy group warned that, in such circumstances, companies could be less willing to invest in research.

A Monsanto spokesman told Reuters that the US-based company was "evaluating the order."