US Man Arrested in Connection With Disappearance of Okinawa Woman 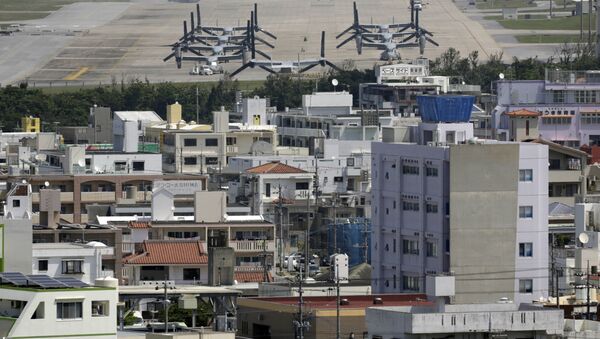 © AP Photo / Eugene Hoshiko
Subscribe
Investigating the disappearance of a 20-year-old woman on the island of Okinawa, Japanese authorities have arrested an American employed at a US military base.

The last known contact from Rina Shimabukuro, 20, came at around 8 pm on April 28, when she spoke with her boyfriend via mobile app, saying she was going for a walk. The next morning, the boyfriend reported her missing.

Japanese police have now arrested an American civilian in connection with the incident. Kenneth Shinzato, 32, works at Kadena Air Base. Using GPS evidence from Shimabukuro’s phone, police discovered her last known location was in an industrial area near her home.

During interrogation, Shinzato indicated that he had murdered the 20-year-old and dumped her body, which was then found at the location Shinzato provided.

"The US military extends its deepest sympathies to the people of Japan, and express our gratitude for the trust that they place in our bilateral alliance and the American people," US Defense Department spokesman Peter Cook told reporters.

He described the incident as "an appalling tragedy."

The Japan Times reports that Lt. Gen. Lawrence Nicholson, head of US Marines in Okinawa, apologized to Okinawa Vice Gov. Mitsuo Ageda by telephone, describing the incident as "very regrettable."

"As I look back at all the developments to date, I’m simply speechless," Okinawa Governor Takeshi Onaga told reporters.

US Ambassador to Japan Caroline Kennedy was also summoned by Japanese Foreign Minister Fumio Kishida, who expressed his "regret."