Okinawa Murder: ‘US Soldiers Ruthless as They Are Protected by US Umbrella’ 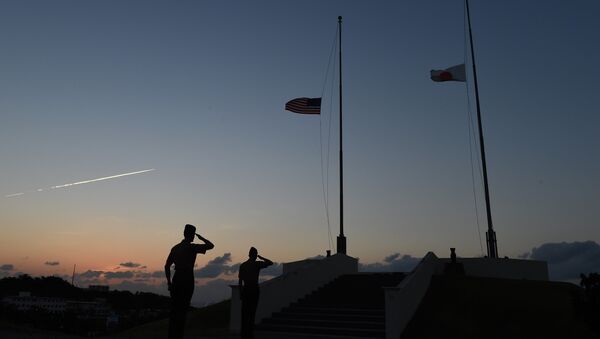 © AFP 2022 / Toru YAMANAKA
Subscribe
The Japanese government demands that the United States toughen disciplinary measures at its military bases in the country following the arrest of a US national over alleged links to the murder of a young Japanese woman in Okinawa. Radio Sputnik spoke with Ryan Dawson, a human rights activist in Tokyo.

“Within Okinawa they are always protesting US bases, not only for their presence but just the amount of crime constantly surrounding them because of the loophole that says crimes committed by people who flee to the base; those people cannot be turned over to the Japanese authorities until they are invited in.”

He further said that because of this loophole, “the investigations can’t be conducted properly because they can hide on the base while crucial evidence is slipping by and this has been ongoing and Okinawa has protested this constantly but Tokyo ignores them because of US pressure.”

US Man Arrested in Connection With Disappearance of Okinawa Woman
Dawson said that the reason why the US soldiers based in Okinawa are so ruthless is because, "they are 18 and 19-year-old military personnel who are getting sent to these cultures that they do not understand and there is a lot of drinking involved and they have access to a lot of weapons. They get into trouble but are protected by the US umbrella because the US doesn’t need the embarrassment and it tries to hide as much as it can," Dawson said.

The analyst further said that this was a murder case and the man confessed but there are so many rape cases which do not get coverage and the perpetrators get away with the crime.

The analyst further spoke about why there is such a large presence of military personnel in Okinawa and what the benefits to Tokyo are.

“There are too many people making too much money off it and they are mostly concentrated in Tokyo. So Tokyo doesn’t have to deal with the problems because the US gives Japan a lot of benefits for accepting this base but the benefits go to Tokyo not Okinawa.”

Talking about the murder of the 20-year-old girl, the analyst said that currently her autopsy is underway. The murderer has been apprehended although he is a military contractor and under other circumstances he could not have been tried by the Japanese court. But because he was off-duty when the murder took place he will be punished under the Japanese legal system.

“I can guarantee to you that the Japanese legal system will be a lot stricter than the US system, he will probably get the death penalty,” the analyst concluded.