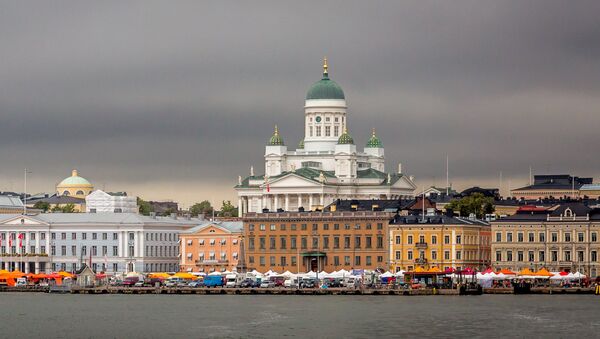 Despite the Cold War being long over, Finland claims to remain an appealing target for international espionage as the confrontation between East and West has mounted. Some of the country's political forces have exploited this phenomenon in preparations for joining NATO.

Scapegoating: Russia Blamed for Sweden's Infrastructure Failures
Earlier this week, Interior Minister Petteri Orpo of the National Coalition Party acknowledged that the level of foreign intelligence operations in Finland was equitable to that of the Cold War era, whereas Security Police Senior Inspector Tuomas Portaankorva admitted that foreign intelligence activity has become "more aggressive." According to numerous experts, the reason for increased spying is the tightening confrontation between the East and the West.

"It is about the general atmosphere abroad. As international contacts dwindle, and the use of diplomatic channels is reduced, as a result of which competition confrontation between the West and the East ensues. Then lesser countries get to play a bigger role as all the major powers are interested in, for instance, Finland's policy, that is which bloc to which we would like to belong to or who we are cooperating with," researcher Hanna Smith of the Aleksanteri Institute at the University of Helsinki told the newspaper Ilta-Sanomat.

Suomi Sycophants: Finnish Foreign Minister Hails US Baltic Build Up Again
"Comparisons with the Cold War have been made due to the fact that the tensions have risen again between superpowers. In this situation, all parties become interested in information obtained through informal networks as official channels are not necessarily trusted," Smith said.

The Aleksanteri Institute functions as a national center of research, study and expertise pertaining to Russia and Eastern Europe. Unsurprisingly, one of the institute's recent works is aptly titled "Russia and Hybrid Warfare."

Finns Happy to Sit on the Fence: Yes to US Exercises but No to NATO
As said by Smith, joint decisions taken by Sweden and Finland are of major interest to other superpowers besides Russia, yet she still pointed out Moscow as a major contestant. According to Smith, Russia is particularly interested in three aspects of the neighboring countries: defense capability, political unity, and popular views.

"Russia is interested in how things are done on a practical level, as well as what one should be preparing to, should the bilateral tensions rise even more," she said.

Sweden and Finland Pretend to Fish for Russian Subs off Gotland
Foreign intelligence services are particularly interested in Finland's policy towards NATO and the EU, Senior Officer at Finland's Security Committee Juha-Antero Puistola said, citing Russia's desire to promote its interests through causing confusion by supporting forces that want to break up the unity of Europe.

According to him, foreign powers above all seek information on Finland's stance on joining NATO, extending anti-Russian sanctions, pursuing a policy in the Arctic and updating its armed forces.

Of late, Finns has been increasingly pressurized for continuing their non-committal relationship with NATO to completion, with numerous politicians pumping up the fictitious Russian "threat" as a pretext for joining the North Atlantic Treaty.