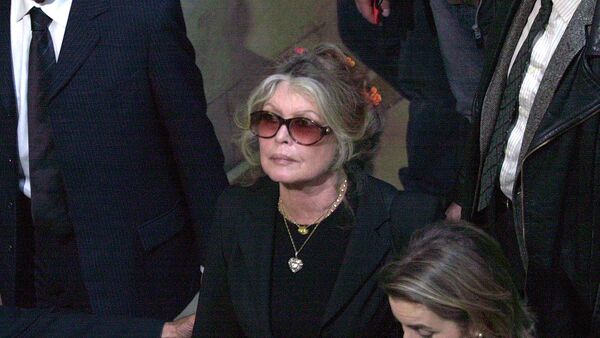 MOSCOW (Sputnik) — Famous French actress Brigitte Bardot told Sputnik she thought Russia was lucky to have President Putin over his stance in environment an animal rights, yet more work on these issues remained to be done.

"You’re really lucky to have a president as remarkable as Vladimir Putin. But even here work remains to be done in what concerns protection of animals. I am counting on the help of the Russian people to help me in this," Bardot said.

The actress said that even though she was French, she no longer recognized the country as it had changed so much.

"So my heart and my being reach out for Russia, because I love its language, music, dance, laughter, tears, and most of all its Slavic spirit," Bardot added.

Bardot is famous for her animal rights and environment activism, and has previously praised Putin for his animal rights protection. In 2013, she said that the Russian president had done more to protect animals than all of his French counterparts.

The same year, she said she would apply for Russian citizenship after French authorities announced they were planning to put down two sick elephants at a zoo in Lyon.