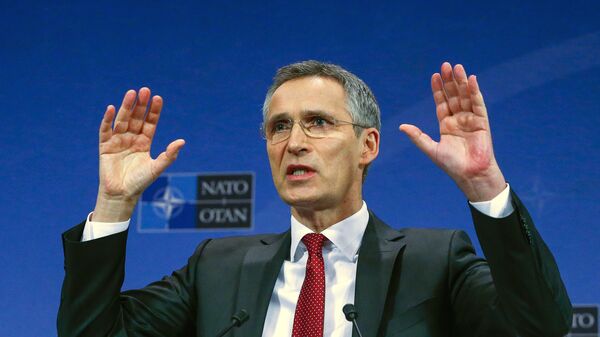 NATO considers of sending planes equipped with airborne warning and control systems (AWACS) to back the US-led coalition in Syria.

MOSCOW (Sputnik) — NATO Secretary General Jens Stoltenberg said Thursday that the military bloc was discussing requirements of sending planes equipped with airborne warning and control systems (AWACS) to back the US-led coalition in its fight against Daesh terrorist group in Syria.

"What we discussed today was direct AWACS support based on that AWACS can operate in NATO territory, meaning over Turkey but also in the international airspace over the Mediterranean, looking into the airspace over Syria and, if needed, also over Iraq," Stoltenberg said after a North Atlantic Council meeting in Brussels.

He added NATO member states were discussing how exactly to provide direct support to coalition forces fighting the Daesh terrorist group (banned in Russia) in Syria without having NATO planes in the Syrian airspace as well as collect information to improve the way the coalition is cooperating.