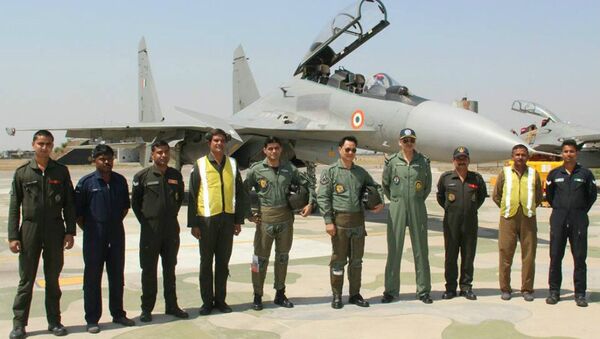 © Photo : Kiren Rijiju Facebook
Subscribe
India’s Minister of State flew in the supersonic jet on Wednesday, joining an exclusive club of top officials, who have undertaken a sortie in the frontline fighter. 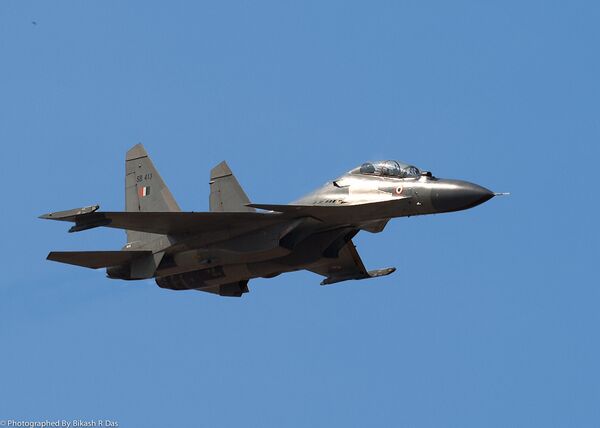 Kiren Rijiju, Union Minister of State for Home Affairs of India, took a flight on a Sukhoi Su-30MKI aircraft, which undertook aerobatic maneuvers such as loops and barrel-rolls. Rijiju took off from Indian Air Force's Halwara base in Punjab and flew for about 30 minutes.

"Flying in a Sukhoi brought me closer to IAF team at Halwara Air Force Station. I salute the brave pilots for securing our sky," the minister said after the flight.

​Rijiju, 44, joined a list of India's VIPs who have flown the aircraft, including former presidents APJ Abdul Kalam and Pratibha Patil. Rijiju also became the third Minister of State (MoS) in The National Democratic Alliance government to fly in the twin-seat Su-30 MKI after Rajiv Pratap Rudy, the MoS for Skill Development and Entrepreneurship, and Rao Inderjit Singh, the MoS for Defense.

According to official sources, Rijiju had been invited "for the air familiarization sortie" by IAF Air Chief Marshal Arup Raha.

The Su-30MKI is a twin-engine multi-role aircraft developed by Russia's Sukhoi and built under license by India's Hindustan Aeronautics Limited for the Indian Air Force. It can reach 17.3 km and fly at a maximum speed of 2,120 km per hour.