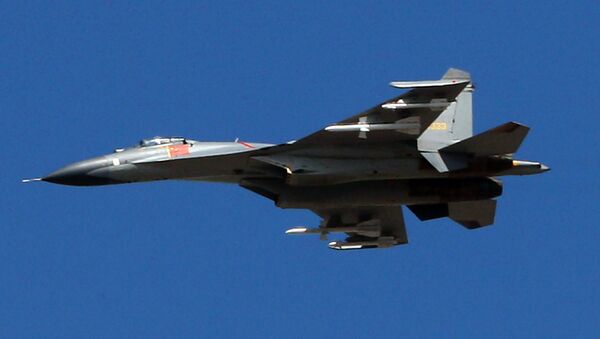 Chinese fighter jets shadowed a US reconnaissance plane over the South China Sea, but kept a safe distance and did not make any dangerous maneuvers, Chinese Foreign Ministry spokesman Hong Lei said Thursday.

‘Unsafe and Unprofessional’: Chinese Intercept US Jet Over South China Sea
BEIJING (Sputnik) – Earlier the US Pentagon said that on May 17, two Chinese fighters intercepted a US reconnaissance plane over international waters in the South China Sea, and characterized the incident as dangerous.

“According to information we received from the pertinient organs, the US statements are incorrect. On May 17, an American reconnaissance aircraft was flying close to the Chinese island of Hainan and conducting reconnaissance operations. Two Chinese planes shadowed the American plane in line with the law and kept a safe distance from the American plane and did not make any dangerous maneuvers,” Hong said during a briefing.