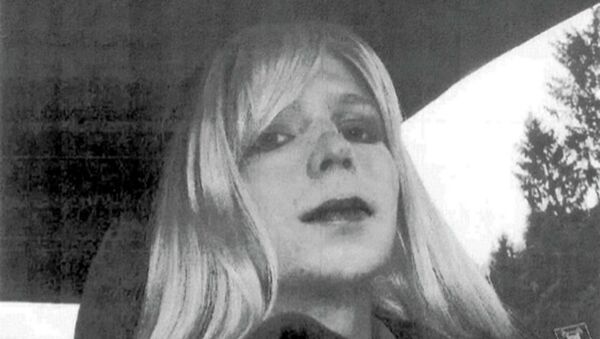 A US Army whistleblower who gave thousands of classified US documents to WikiLeaks, has appealed her “grossly unfair” 35-year prison sentence.

Former US Army private Chelsea Manning has appealed her 35-year sentence, which her attorneys describe as "perhaps the most unjust sentence in the history of the military justice system."

According to her lawyers, Manning was sentenced for multiple crimes simultaneously, including "stealing or converting databases," which is considered a more severe crime than, "mishandling classified information," to which Manning admitted.

Panama Papers Source to Assist Authorities if Whistleblowers Get Protection

Manning's attorneys insist that the documents were leaked to the public by the Army private with the highest of motives.

"Manning disclosed the materials because, under the circumstances, she thought it was the right thing to do," states the appeal brief. "She believed the public had a right to know about the toll of the wars in Iraq and Afghanistan, the loss of life, and the extent to which the government sought to hide embarrassing information of its wrongdoing."

This sharply contrasts with the case of retired military commander and CIA director David Petraeus, who admitted to giving classified information to his lover, a woman that Petraeus, who is married,  stated publicly was his biographer. Manning's attorneys insist that Petraeus submitted to his desire to have sex, but has been sentenced to only two years, while Manning, who acted from noble intentions, received a much harsher sentence.

Manning's lawyers also note that prior to sentencing, she was held in "deplorable and inhumane conditions," "unconstitutional" conditions, which they claim are sufficient grounds for dismissing the charges altogether. They seek for Manning to be credited 10 days for every day spent in those conditions, stating that this inhumane treatment caused "severe mental health problems and stress."

Manning's appeal has been supported by two organizations — the American Civil Liberties Union and Open Society Justice Initiative (OSJI) — both underscoring that representatives of government are on a "war against whistleblowers" and that "the public interest value of some of the disclosures justifies mitigation of the sentence."

According to the OSJI brief, the 35-year sentence far exceeds any penalty imposed by any of the closest 30 US allies, with Canada leading, with a 14-year sentence being the stiffest penalty for a similar conviction.