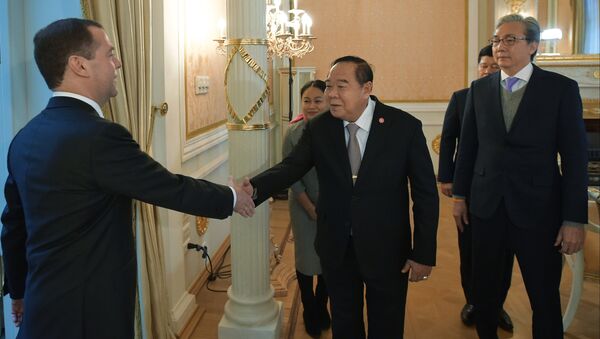 Russia, Thailand to Cooperate in Five Scientific Areas – Thai Minister
Among priority projects, Medvedev listed agreements on agriculture, industrial cooperation, cooperation in the sphere of high technologies and large-scale projects in the field of transport infrastructure.