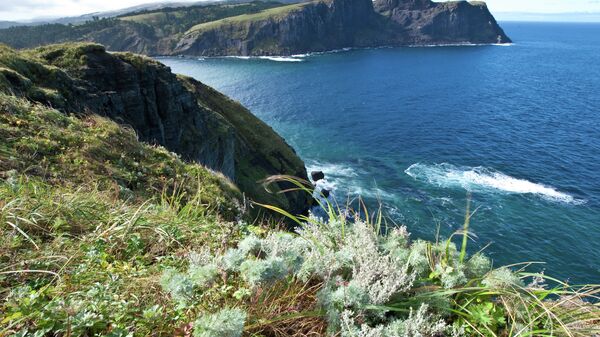 The expedition headed by Russia's Pacific Fleet Deputy Commander Rear Adm. Alexander Ryabukhin started on May 8 from Vladivostok in Russia's Far East. Some 200 people in total have arrived on Matua.

"Experts from a joint expedition of the Russian Defense Ministry and RGS have established two field camps on the island of Matua. Four tents have been put up at shore close to an air field. Before scientists will proceed with examining Japanese fortifications, their safety is due to be checked by experts from EMD's engineers," acting spokesman for the district Vadim Astafyev said.

According to Astafyev, three war-time runways are located on Matua, and the members of the expedition are due to estimate the airfield's condition and conduct its restoration.