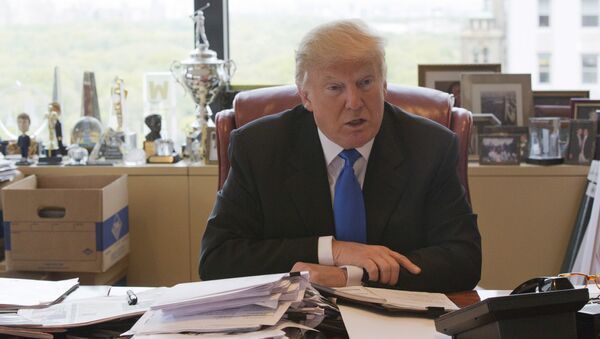 "I filed my PFD, which I am proud to say is the largest in the history of the FEC," Trump stated on Wednesday. "Despite the fact that I am allowed extensions, I have again filed my report, which is 104 pages, on time."

The presumed Republican Party presidential nominee reported more than $557 million in income, which his campaign noted was an increase of approximately $190 million since his last PFD statement filing in July 2015.

Vote for Me and I'll Slash Your Taxes to Zero, Trump Promises Low Earners
Trump pointed out that his income was used for, among other things, funding construction projects as well as his presidential campaign.

The billionaire businessman is the sole remaining Republican candidate for the presidential nomination after the last of his opponents withdrew from the race earlier in May.

Trump is expected to officially receive the nomination at the Republican National Convention in Cleveland, Ohio in July.