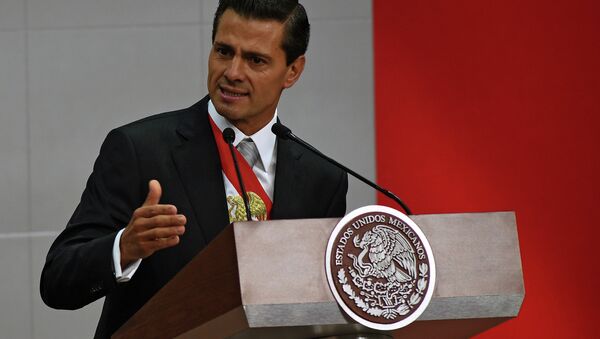 Investigators: Mexico Authorities Hampered Probe Into Kidnap of 43 Students
MOSCOW (Sputnik) — Speaking at the National Day Against Homophobia on Tuesday, Pena Nieto proposed amending the country’s constitution to recognize "the human right to marry without discrimination," as quoted by the EFE news agency.

"That is, that marriages are made without discrimination based on ethnic origin, disability, social status, health, religion, gender or sexual preference," the president added.