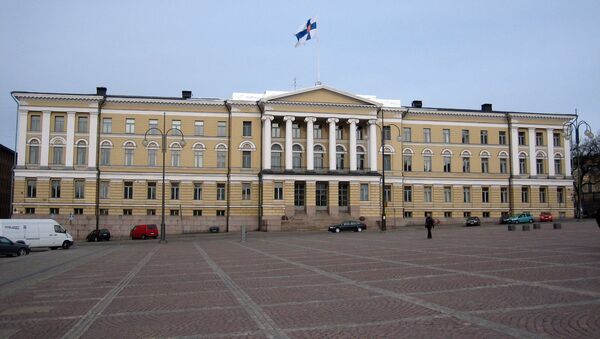 © Wikipedia / Neofelis Nebulosa
Subscribe
From autumn 2017, the University of Helsinki, Finland's largest and most renowned institute of higher learning, will offer its students a master's degree in the Somali language due to popular demand.

Speak in Tongues: Arabic to Become Sweden's Second Most Spoken Language
Next year, students at the University of Helsinki will be given the opportunity to major in Somali philology. The full study program will be presented differently for native Somali speakers and non-native speakers, reported Finnish national broadcaster Yle.

This autumn, a briefer course in Somali is already set to begin as a forerunner to the full study program. According to Dean Arto Mustajoki, a vacancy for a contract Somali language teacher will soon be established. As of yet, it is not clear how many students will enroll, but Mustajoki estimates that some 6-8 students will be accepted to the program annually.

Sweden Launches Arabic Talk-Show Due to Popular Demand
According to Mustajoki, the growth of Finland's Somali-speaking minority makes it impossible for the university to ignore the popular demand.

"It will not be solely language training, as the teaching will also include some cultural elements," Mustajoki said.

Additionally, the University of Helsinki also plans to increase admission to Chinese and Arabic philology by 15 places each year. In contrast, admissions to German and French language study programs will be cut down due to a drop in demand.

Somalians are Finland's third largest minority after Russians and Estonians, numbering some 20,000 people. Most of them have settled down in the Helsinki metropolitan area and the nearby province of Uusimaa. Somali migrants first arrived in Finland as refugees in the 1990's during the country's civil war. According to Statistics Finland, in 2014 there were 16,721 Somali speakers in Finland with the number constantly increasing.