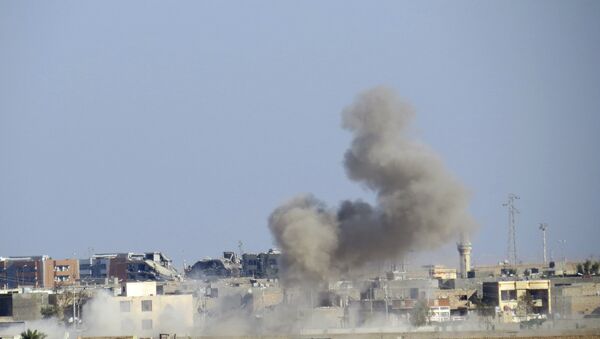 The US-led coalition against the Islamic State (IS) carried out 12 airstrikes on Monday on the terrorist group’s positions and infrastructure in Syria and Iraq, the Combined Joint Task Force-Operation Inherent Resolve said in a press release.

WASHINGTON (Sputnik) — The US-led coalition of nearly 60 nations has been conducting airstrikes against Daesh first in Iraq and later in Syria since 2014 — albeit without the approval of the Syrian government or the UN Security Council.

Iraqis Convinced US Supports Daesh as Shiite Militia Spreads Disinformation
In Syria, the coalition’s airstrikes were waged near two locations, Al Shadaddi and Mara, and destroyed a Daesh vehicle and an artillery piece, according to the Joint Task Force.

The Daesh, also known by its Arabic acronym Daesh, is a terrorist organization prohibited in many countries around the world, including the United States and Russia.