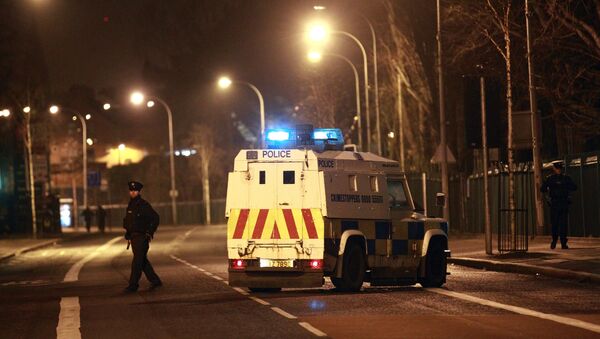 Britain on Heightened Alert Over Terror Threat From Northern Ireland
MOSCOW (Sputnik) — According to the Sky News television channel’s Monday report, the location in the Capanagh Forest was uncovered on Saturday.

"This investigation is at a very early stage and we are working to establish whether this find is linked to a terrorist hide that was discovered at Carnfunnock Country Park near Larne in March 2016," Detective Inspector Adrian Brown said, as quoted by the media outlet.

In March, explosives and bomb-making equipment were found in Carnfunnock Country Park in Northern Ireland. The chairman of the Police Federation for Northern Ireland, Mark Lindsay, said that "murderous republican gangs" targeting law enforcers were at large.

Earlier this month, the UK Security Service announced that the United Kingdom had brought the threat level from Northern Ireland-based separatists up a notch from "moderate" to "substantial."