Lavrov Engages in 'Constructive Dialogue' With Syrian Opposition in Vienna 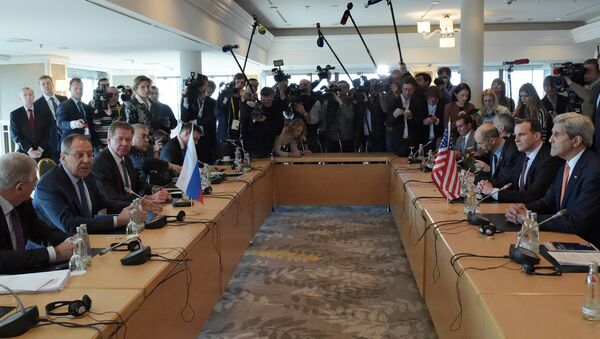 Lavrov pointed out that the opposition members involved in negotiations strive for "constructive dialogue" and already presented a number of interesting proposals.

The Syrian opposition was represented by envoys from the so-called Moscow, Cairo, Hmeimim groups and the Kurdish Democratic Union Party.

"Our position is clear — to implement commitments that intra-Syrian dialogue must be all-inclusive and involve both the government delegation and all, without any exclusions, spectrum of opposition," Lavrov told reporters after the meeting.

Addressing the participants of the meeting, Lavrov noted that "unlike other opposition forces, they are not trying to put forward ultimatums or preconditions, but instead are striving for constructive dialogue and have already introduced a number interesting and result-oriented proposals."