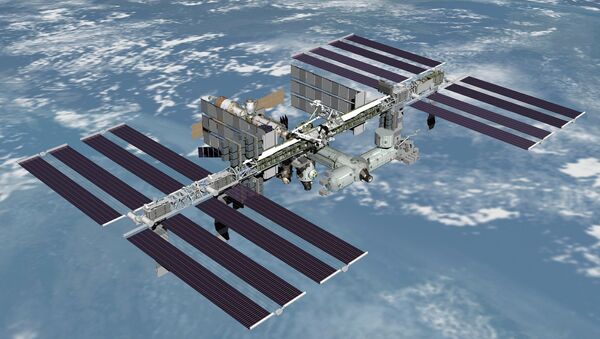 © NASA
Subscribe
On Monday the International Space Station completed its 100,000 orbit of the Earth since its first component, the Zarya Module, was launched in 1998.

WATCH SpaceX Dragon Cargo Ship Departs From ISS, Returns Back to Earth
The International Space Station (ISS) has completed 100,000 orbits of the Earth since its first component, the Zarya (Sunrise) Module, was launched on a Russian Proton rocket in November 1998, the Russian Federal Space Agency (Roscosmos) announced on Monday.

"The long life of the ISS illustrates the necessity of permanently orbiting technology for humankind, and the potential for further space exploration," said Maksim Matyushin, head of Roscosmos's Mission Control Center.

"The ISS has become a shining example of genuine and effective international cooperation, combining different engineering cultures, demonstrating the need for international technical cooperation to implement truly ground-breaking projects which are fundamental for the whole of civilization."

The space station orbits at an average altitude of 400 km above Earth and orbits Earth about every 90 minutes, approximately 16 times during a 24 hour day, at a speed of about 28,000 kph.

Construction of the space station's first module began in 1994 at the Khrunichev State Research and Production Space in Moscow, under a subcontract to Boeing for NASA. 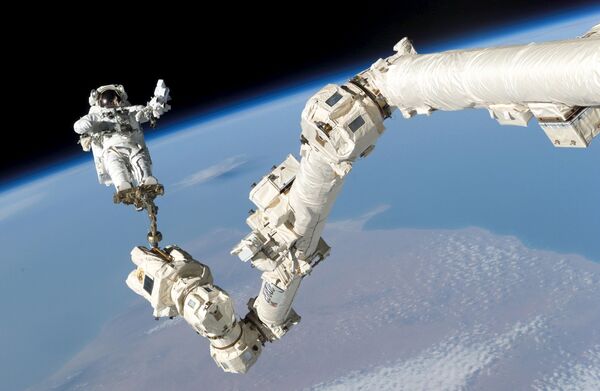 Astronaut Stephen K. Robinson, STS-114 mission specialist, anchored to a foot restraint on the International Space Station's Canadarm2, participates in the mission's third session of extravehicular activity (EVA) August 3, 2005
© REUTERS / NASA
The ISS currently consists of 15 modules and weighs more than 400 tons, making it the largest structure that has been put together by humankind in space.

The space station has been visited by more than 100 vehicles, and has been continuously manned since November 2000; 222 people from 15 different countries have spent time there. 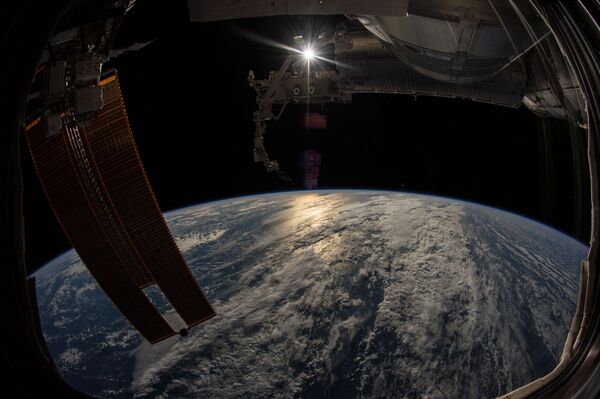 Elements of the International Space Station frame this image of the Earth taken Jan. 31, 2016 by the Expedition 46 crew
© Flickr / Scott Kelly / NASA
Between three and six astronauts call it their home at any one time, and each expedition arrives aboard the Soyuz spacecraft, which also transports equipment and supplies. 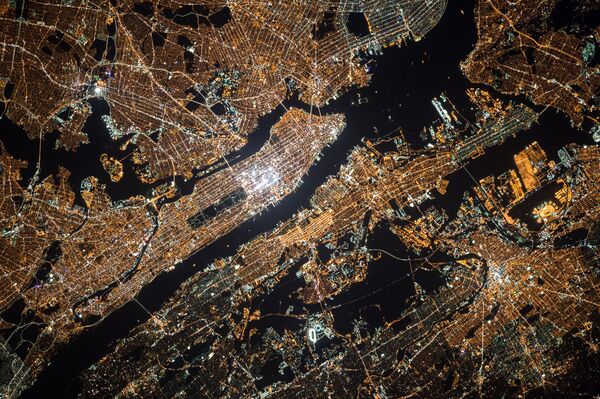 Astronaut Scott Kelly posted this photo of New York City from the International Space Station on Twitter with the caption, "My cosmonaut colleague Oleg Kononenko took this incredible picture of #NYC last night
© Flickr / Scott Kelly / NASA
In March NASA astronaut Scott Kelly and Russian cosmonaut Mikhail Kornienko were the latest crew to return to Earth after completing the One-Year Mission, which was twice as long as typical missions.

The mission aimed to gain new insights into how the human body adjusts to the weightlessness, isolation, radiation and stress of long duration spaceflight in anticipation of future missions to Mars and beyond.