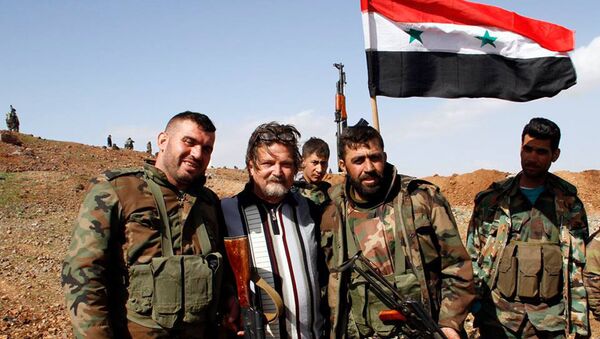 For almost a year Miguel Fernandez was the only journalist from the Western world accredited to work in the Syrian capital, Damascus, and on his return to Havana gave Sputnik Mundo an exclusive interview about his experiences.

Moderate Rebels? Militant Fights Near Syria's Damascus Kill Over 300
For almost a year Miguel Fernandez was the only journalist from the Western world accredited to work in the Syrian capital, Damascus.

He worked there on behalf of the Prensa Latina news agency, which has been present in Syria since 2011. After returning home to Havana, he gave Sputnik an exclusive interview about his experiences.

"Seeing how these people don't give in, that they dream about a prosperous country, is the biggest lesson that Syria gave me," Fernandez said.

"Fear is the first thing that war creates, that fear which forces people to be on guard. However, Damascus broke that pattern. When my colleague arrived I took him around the city and he noticed that buses and taxis are traveling around, people are sitting in cafes and going shopping, children are going to school. He asked me, 'where is the war?'" 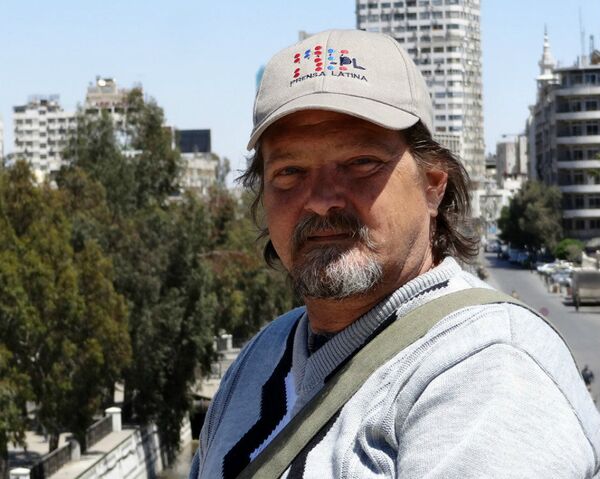 Damascus
© Photo : Miguel Fernández
"I said, I will show you before we leave for Cuba. And after less than a day, when we were traveling in a taxi, a mortar shell fell in front of us, onto a group of people, some of whom died, and there was chaos all around."

"I looked at that and I said – that is war. That resistance of the Syrian people, the unwillingness to accept the hardships of war, has inspired me." 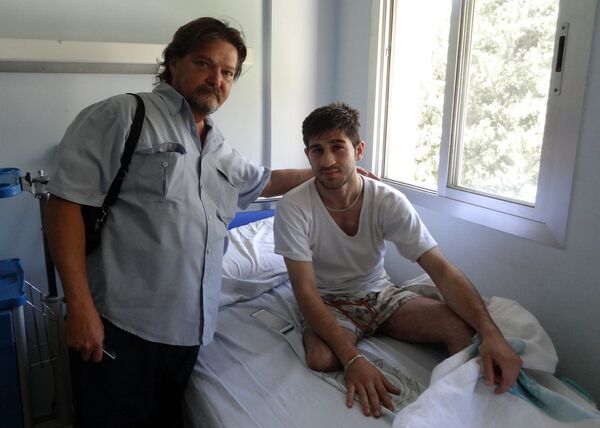 Jisr al-Shughur
© Photo : Miguel Fernández
Fernandez said that the most harrowing moment of his time in Syria was during the fall of Palmyra to the terrorist group Daesh in May 2015.

"Palmyra is one of ten UNESCO World Heritage sites in Syria, an oasis in the desert, full of mystical stories. Seeing how the Arch of Triumph and other monuments were destroyed. A terrible scene that I will never forget, was when children under the leadership of Daesh killed 50 captured Syrian soldiers who were on their knees."

"For me, that was the saddest moment, because I felt that the war was not only against Syria, but against the world, our culture, our values, our heritage. When I say ours, I mean civilization. These elements (Daesh) are savages. They can destroy a monument in the same way that they cut a child's head off." 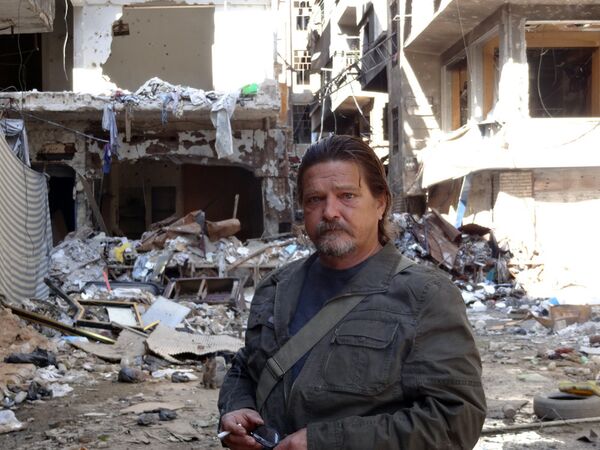 Yarmouk
© Miguel Fernández
Fernandez explained that the Syrian people have positive views about Cubans, and about Russians, with whom they often confused him.

"I am fair with blue eyes, so they often confused me with Russians and affectionately greeted me. Syrians believe in Russia because for a long time they were in conflict with the US and some European powers and Russia was the only friendly power."

"I was there when Russia entered the war in September 2015 and Syrians did not perceive it as an intervention, but as support and a sign of solidarity," Fernandez explained.

"For over a year before that the US had led an international coalition that didn't show any results. The Americans carried out bombings but Daesh spread even further, and seized new positions." 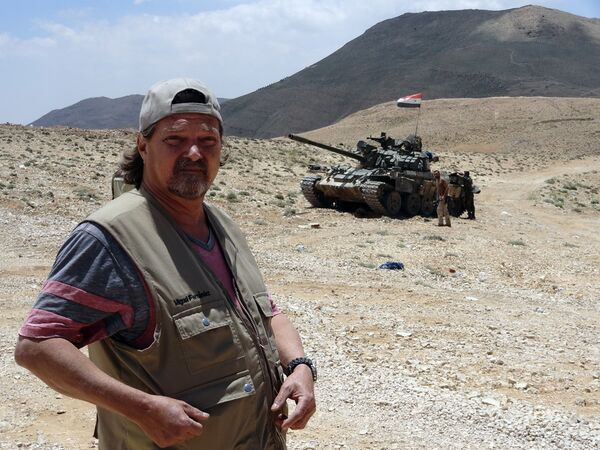 Daraa
© Photo : Miguel Fernández
"Those airstrikes were not coordinated and often hit Syrian infrastructure, hospitals and schools. The Russian airstrikes didn't, because they entered the war at the request of Damascus and their activities were coordinated in order to be effective and not bring harm to civilians."

Why Russia May Not Need Hmeymim Base to Continue Crushing Daesh in Syria
"During the first 30 days of bombing the Russians were able to destroy 40 percent of Daesh's infrastructure, which the US and its allies hadn't been able to do for a year."

Fernandez said that an encounter with a Syrian soldier, when he was part of a group of journalists who accompanied the army on a mission in the hills in the country's south, also made a great impression on him. 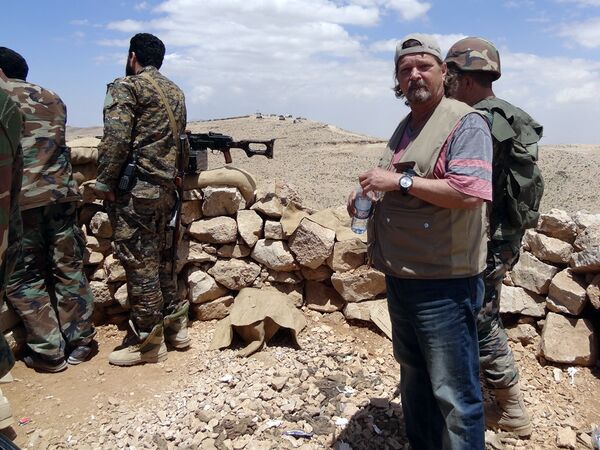 Qalamoun
© Photo : Miguel Fernández
"One of the soldiers, he was over 50, bearded, dirty, covered in powder and slush, he came to me, broke his bread in two and offered me half."

"I refused, because I had already had breakfast at home and had no idea how many hours he had gone without eating. But my translator told me to take the bread, explaining that he wanted to share the bread with me because I am Cuban and he had always been told that Cuban soldiers are very brave and that if he shares the bread with me, it will bring him luck in the next battle."

"I shed a few tears, because I am not a warrior, and I was very touched that he had such an impression about my nation," Fernandez said.