Maduro: Venezuela to Hold Military Exercises to Prepare for 'Any Scenario' 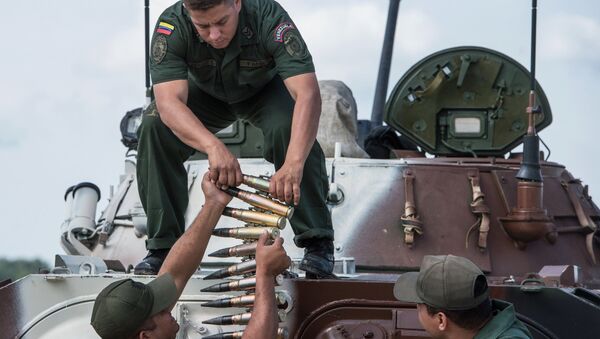 MOSCOW (Sputnik) — Venezuelan President Nicolas Maduro announced that military exercises would begin in the country to repel any threats.

"Today the Bolivarian National Armed Forces issued a very clear and strong statement, and I have called for national military exercises next Saturday for the armed forces, for people and the military to prepare ourselves for any scenario," Maduro said Saturday as quoted by the Panorama newspaper.

On Friday, Maduro extended the economic state of emergency in the country for three more months.

Maduro declared an economic emergency in Venezuela in January. The announcement came two days after Venezuela’s oil price dropped to $24 a barrel, the lowest mark in 12 years. Up to 96 percent of Venezuela’s budget depends on oil revenues.

The initial economic emergency decree was valid for 60 days. It was subsequently extended for two more months in March.