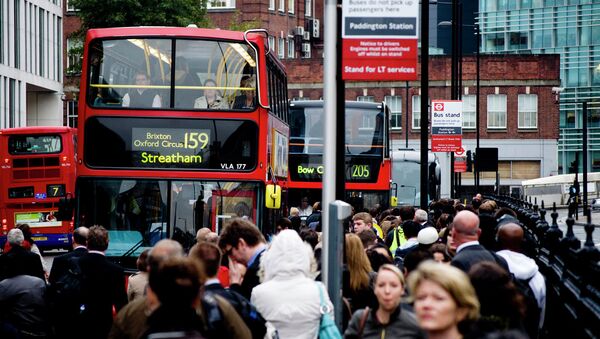 © Flickr / CGP Grey
Subscribe
International
India
Africa
At least 17 people have received injuries as a result of a road accident in the western part of London, the local ambulance service said in a statement.

LONDON (Sputnik) — According to the statement, a bus collided with a building on London's Harlesden High Street on Sunday afternoon.

"We sent multiple resources to the scene including a single responder in a car and a number of ambulance crews. We also sent our incident response and hazardous area response teams, alongside London’s Air Ambulance," the statement quoted Deputy Director of Operations at London Ambulance Service Kevin Brown as saying.

The incident left 17 people injured, including three taken to a hospital on a priority basis, the statement read.

A bus crashes into local shop in #Harlesden High Street. I'm live on the scene for @LondonLive pic.twitter.com/aaPWzGQBej

According to the London Fire Brigade, the fire and rescue service assisted passengers in leaving the bus after the collision and evacuated people from adjacent buildings.