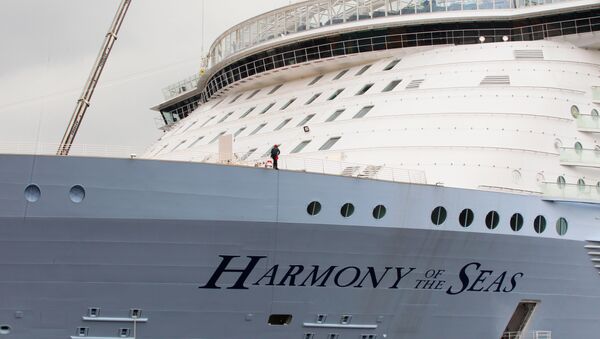 © AP Photo / Laetitia Notarianni
Subscribe
Luxurious cruise ship named “Harmony of the Seas” on Sunday pulled away from a shipyard in Saint-Nazaire, France. Tens of thousands of people gathered at the coast to see it off.

20 Malta Ship Crew Detained By Chinese Authorities Due to Deadly Collision
The 120,000-tonne giant is the widest — 66 meters — and the longest — 362 meters — cruise ship ever built. The crowd waved and cheered as the vessel was leaving for its first voyage.

The enormous ship was built by STX France for the US-based Royal Caribbean Cruises Ltd (RCCL) and cost nearly one billion euros. It has 18 decks and will be able to carry 6,360 passengers and 2,100 crew members. 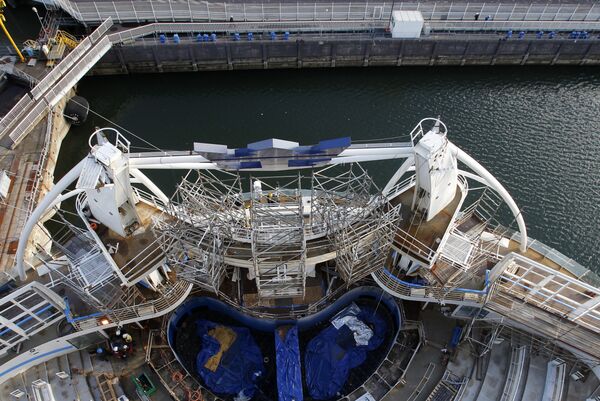 A view of the "Harmony of the Seas", Thursday Feb. 18, 2016 at the Shipyard in Saint-Nazaire
© AP Photo / Laetitia Notarianni

The ship is being called "the floating town" for the sumptuous conditions in which the passengers will be accommodated. The list of on board attractions includes mini-golf, surf simulator, floating Jacuzzis, climbing wall, casino and even a 1,400-seat theatre playing award-winning Broadway-style productions. 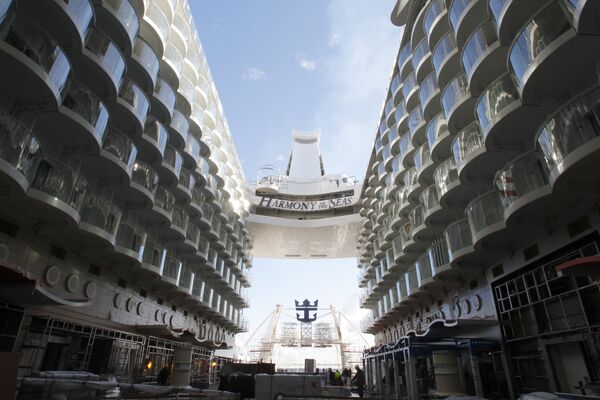 A view of the "Harmony of the Seas", Thursday Feb. 18, 2016 at the Shipyard in Saint-Nazaire
© AP Photo / Laetitia Notarianni 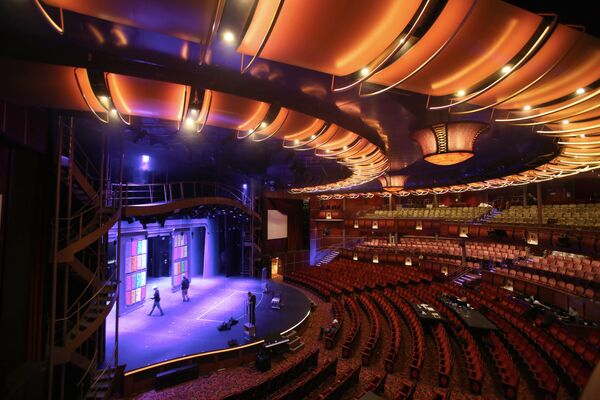 The passengers will also be able to ride a 10-storey waterslide 'The Ultimate Abyss', enjoy a ‘Bionic Bar', where robot bar tenders will mix cocktails. The vessel can even boast having its own high street, and a 'Central Park' deck featuring 12,000 plant species.

"It's not only the biggest cruise ship in the world, it's also the most expensive ever built," said Richard Fain, head of RCCL, during a Thursday ceremony of handing the ship over to owners.

Many of those who came to see Harmony of the Seas off have watched it being built since September 13 on the country's Atlantic shore. 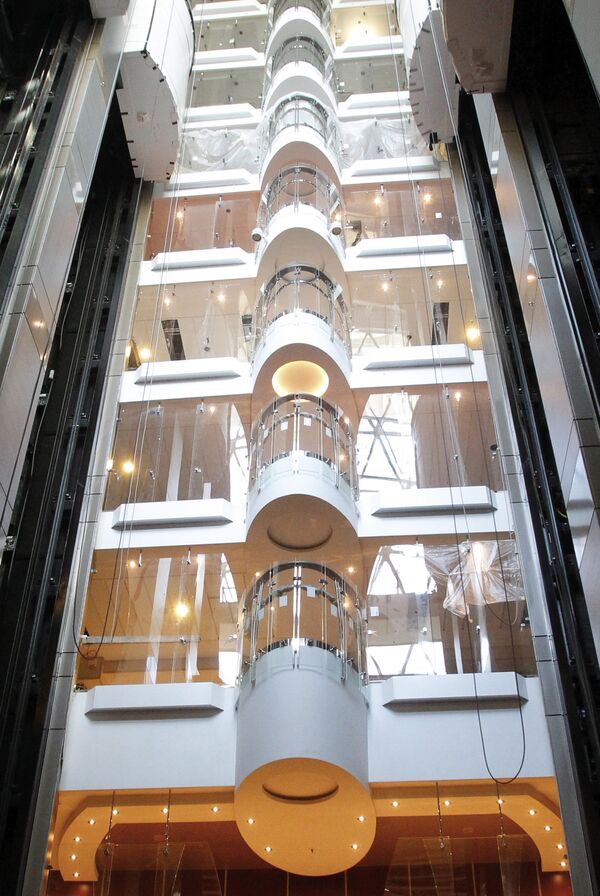 A lift inside the "Harmony of the Seas" is pictured Thursday Feb. 18, 2016 at the Shipyard in Saint-Nazaire
© AP Photo / Laetitia Notarianni

"It's gone," said one of the residents, as cited by indianexpress. "We watched it develop and grow over three years. It's like a child leaving home."

The ship is headed for Southampton in southern England where it will invite first passengers on board and embark on its official maiden voyage on May 22 to its new home port of Barcelona. From there the ship will begin regular cruises in the Mediterranean.