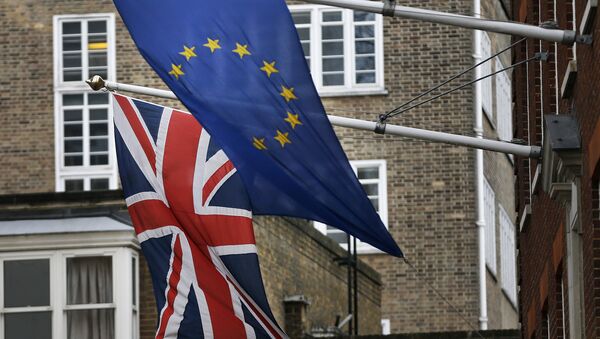 The EU's attempts to build a superstate look like those of Hitler and Napoleon, according to former London Mayor Boris Johnson.

MOSCOW (Sputnik) — Former London Mayor Boris Johnson, one of the leading supporters of the United Kingdom leaving the European Union, compared current Brussels' attempts to unite Europe under one "authority" to those of Adolf Hitler and Napoleon Bonaparte.

"Napoleon, Hitler, various people tried this out, and it ends tragically… The EU is an attempt to do this by different methods… But fundamentally what is lacking is the eternal problem, which is that there is no underlying loyalty to the idea of Europe. There is no single authority that anybody respects or understands. That is causing this massive democratic void," Johnson told The Telegraph newspaper on Saturday.

If We Leave, Families Will Be Poorer: UK's Osborne Backs IMF Brexit Stance
UK citizens are set to vote on June 23 in a referendum on the country's EU membership, after Prime Minister David Cameron and the leaders of the 27 European Union member states reached a deal in February to grant the United Kingdom a special status within the bloc. Johnson supports the Leave campaign, while Cameron is seeking his country to remain in the European Union.

This weekend, large-scale campaigns are taking place in the United Kingdom in support of both camps.