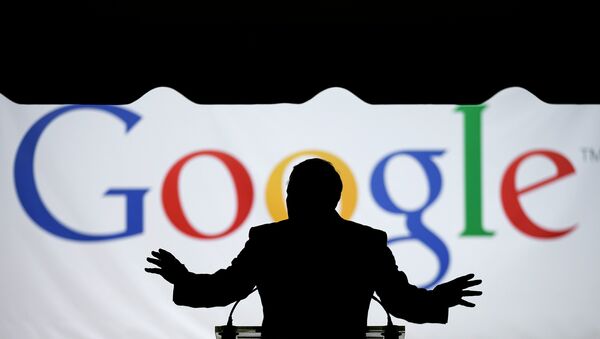 MOSCOW (Sputnik) – Sources close to the situation told The Telegraph daily late Saturday that the EC will announce the fine over Google's shopping comparison as early as next month.

Science & Tech
Rebranding an Icon: Google Considers Painting Blue Links Black
The Silicon Valley firm will be reportedly banned from continuing to manipulate search results to tamp down competitors. Google declined to comment on the report.

On April 20, the EC informed Google of its preliminary view that the corporation "abused its dominant position by imposing restrictions" on smartphones that operate on the company’s Android software and mobile network operators.

About four in five smartphones and tablets run on Android in Europe and around the world, the commission estimates.

In its Statement of Objections to Google and its parent company Alphabet, European Commissioner for Competition Margrethe Vestager argued that the company "denies consumers a wider choice of mobile apps and services and stands in the way of innovation by other players."

On April 15, 2015, the European Commission sent a formal objection to Google after a four-year investigation, accusing the company of skewing search results in favor of its own content.

Vestager suggested this week that the EC may lodge a third anti-trust complaint with Google’s advertising service.