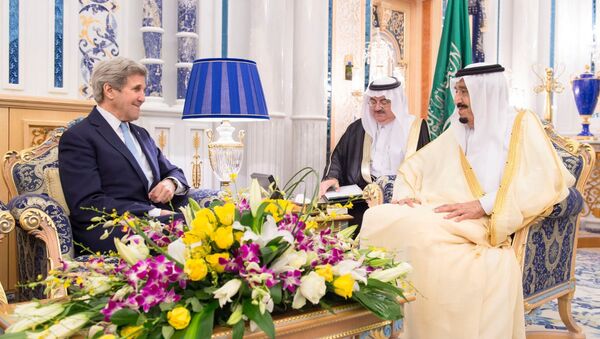 Kerry: World Banks May Do Business With Iran Under Nuclear Deal Terms
DUBAI (Sputnik) — The sides focused on different aspects of cooperation between the two countries and the latest developments of the situation in the region, the news release, issued by Saudi Press Agency following the meeting in Saudi Arabian port city of Jeddah, reads.

According to the agency, later in the day Kerry met Saudi Crown Prince Mohammed bin Naif bin Abdulaziz, the country's deputy prime minister and the interior minister. During the meeting, the officials discussed joint cooperation in the fight against terrorism among other issues.