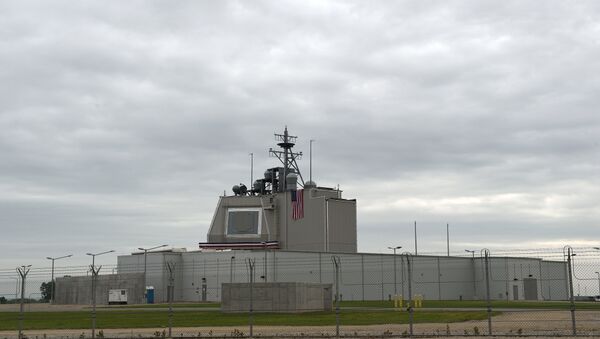 US and NATO officials have claimed that their missile shield in Europe, including the Aegis Ashore base in Romania, is not directed at Russia, but Mateusz Piskorski, head of the European Center for Geopolitical Analysis, told Radio Sputnik that the program is part of Washington's strategy aimed at countering Moscow.

The US is using its missile defense initiative for Europe to pursue "its geopolitical goals," he said.

"The Central European countries are just an instrument that helps [Washington] to encircle Russia from the West. Of course, they are using other countries along Russian borders to limit Russian initiatives of regional integration," he explained.

Piskorski also noted that Washington's move came as a violation of the international laws and treaties, including those signed in the 1970s and NATO's commitments of the 1990s. These documents "are openly and publicly violated by the US," he added. 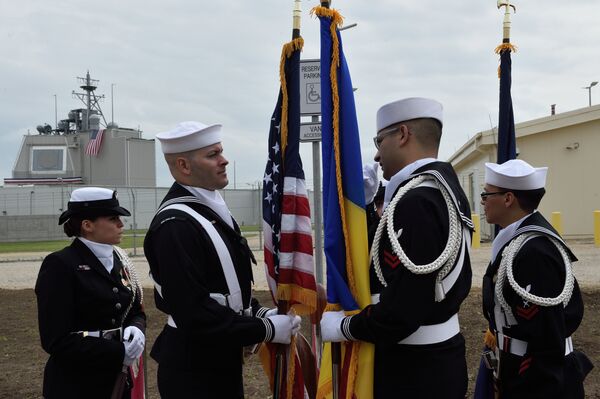 US Army personnel stand with the Romanian and the US flag during an inauguration ceremony of the US anti-missile station Aegis Ashore Romania (in the background) at the military base in Deveselu, Romania on May 12, 2016.
© AFP 2022 / DANIEL MIHAILESCU

On Thursday, the US-made land-based missile defense system became operational at a former Soviet military base in Romania. The $800 million facility is part of a larger effort allegedly meant to protect Europe from the Iranian ballistic missile threat.

If US Listened to Russia, Both Could Work on Single Missile Defense System
Critics say that Iran does not pose a threat to Europe (particularly since the nuclear deal was signed) thus making the missile defense shield obsolete.

Many remain unconvinced as to what the real goal of installing this system is. "In their rhetoric it is a defensive program, but we know perfectly well that it's rather a kind of military demonstration to show who is the landlord in Central European countries," Piskorski observed.

The Aegis Ashore inauguration comes at a time when tensions between NATO and Russia have reached their lowest point since the end of the Cold War. Piskorski placed the blame for this trend on Washington.

"It's the US who started the new Cold-War style military buildup and military blackmail in a region that used to be quite stable," he said.