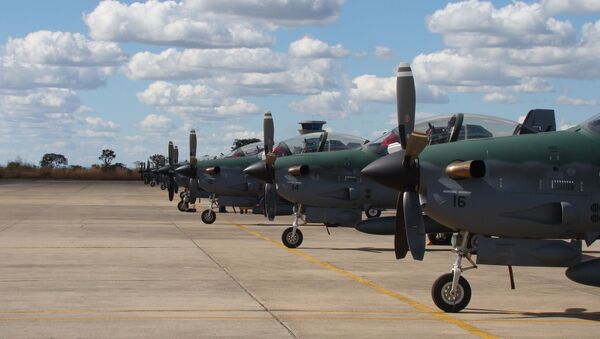 At least 15 militants were killed and 20 others were injured in two Afghan Air Force airstrikes in the country’s west and south, local media reported Saturday.

US Making Rules of Engagement in Afghanistan ‘Clear As They Can Be’
MOSCOW (Sputnik) — According to the Khaama Press news agency, citing the Afghan Defense Ministry, the airstrikes were carried out in the southern Kandahar province, where eight extremists were killed and 15 were wounded and the western Ghor province, where seven militants were killed and five others were wounded.

The Afghan Air Force A-29 Super Tucano pilots have carried out over 260 sorties since January, the media outlet reported.

Afghanistan is experiencing significant political, social and security-related instability, as Taliban and other radical extremist organizations continue to stage attacks against civilian and state targets.