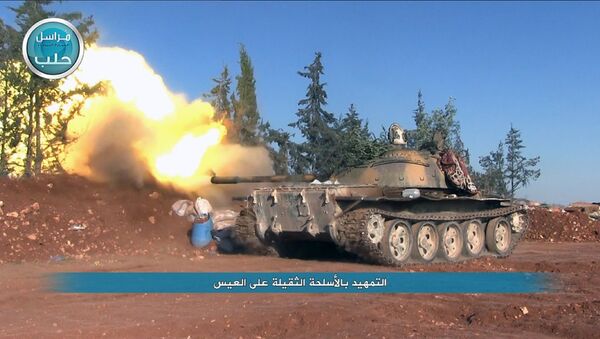 The United States expects the armed opposition in Syria to stop the disturbing cooperation with al-Nusra Front terrorists, State Department spokesperson John Kirby said in a briefing on Friday.

US, Russia Exchange Info on Nusra Front, Opposition's Locations in Syria
WASHINGTON (Sputnik) — Earlier, Russian Foreign Minister Sergei Lavrov told Sputnik that US officials attempted to draw the lines in the new ceasefire accord in a way that would include al-Nusra Front, leading Moscow to believe that someone was using Washington to protect the terrorist group.

Lavrov also told Sputnik that the Turkish government had links to both the al-Nusra Front and Daesh.

"We have seen… troubling cooperation between certain opposition groups and al-Nusra," Kirby stated. "Our message to the armed opposition with respect to al-Nusra and to any perceived or real cooperation or collusion has been, again, consistent. We have made it clear that our expectation is they [opposition] won’t do that."

Kirby confirmed that the US government is aware of the reports, when asked about the atrocities committed in an Alawite village, reportedly at the hands of Ahrar ash-Sham and the Nusra Front.

"The initial reports are very… troubling indeed in terms of the violence that were perpetuated on these families," Kirby noted.