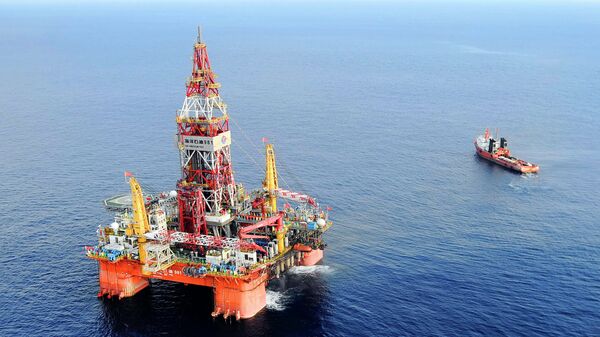 During the meeting the diplomats pledged to enhance economic cooperation especially in areas of infrastructure and nuclear energy.

The foreign ministers also said that they support China’s policy of ‘direct negotiations to resolve disputes in the South China Sea,’ CCTV reported.

Earlier on Thursday, top generals from China and the US held a video conference over the South China Sea issue during which “Chief of the General Staff Fang Fenghui told chairman of the US Joint Chiefs of Staff Joseph Dunford that Beijing does not want the issue impact overall relations with Washington.”

The meeting came following Washington’s further accusations that Beijing is attempting to take advantage of the situation and proclaiming control over the South China Sea region.

The Pentagon said the warship conducted a “routine freedom of navigation operation” within 12 nautical miles of a land feature in the South China known as Fiery Cross Reef.

Whereas, Beijing has maintained that it has every right to build within what it considers to be its own territory, and that the islands will be used primarily for humanitarian purposes.

China lays claim to most of the highly disputed region, and there are overlapping claims by Vietnam, Malaysia, the Philippines, Brunei, and Taiwan. Nearly $5 trillion in trade passes through the South China Sea annually.

During the meeting, China also warned Washington to withhold interference into Hong Kong’s city-state’s affairs, saying that such a move would provoke a ‘bad reaction.’

The warning came after the US Department of State released a report, saying that Hong Kong’s autonomy was “being eroded under expanded influence and interference from Beijing.”

Chinese Foreign Ministry spokesman Lu Kang in response said that Hong Kong was a part of China and no other country had a right to interfere in its internal affairs.