Pyongyang Responds to Sanctions With Skyscrapers and Grand Subway (PHOTOS) 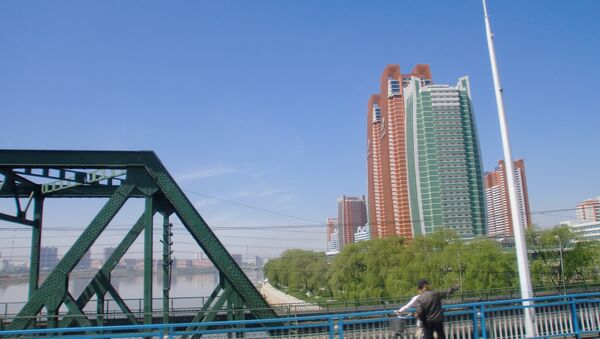 North Korea completed a four-day congress of its ruling Workers' Party in Pyongyang. The North Korean leadership used this event to demonstrate and publicize the achievements of the country to foreign journalists. A Sputnik correspondent, Andrei Ivanov, was one of the journalists who witnessed this event.

Lofty Expectations: Pyongyang Promises N Korea Residents 'Heaven on Earth'
North Korea brought in more than 100 journalists from around the world to make sure that the 7th Congress of its ruling Workers' Party received global attention.

Together with other foreign journalists, Sputnik correspondent watched the ceremony and was later on taken to see architectural accomplishments and the daily life of the citizens of Pyongyang.

“After touring the home village of Kim Il Sung and one of the foremost factories, we were taken to see Pyongyang Metro. It is not easy for a foreigner, who is not studying at Pyongyang University, to get here. But one should definitely try to.” 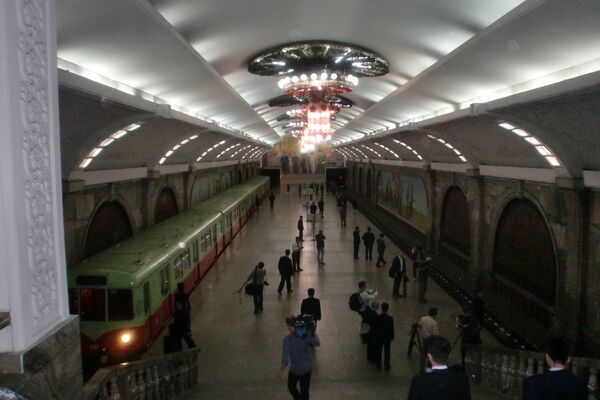 “There are not so many stations as it can be seen from the metro scheme but the stations look like palaces and have a beautiful finish which is not in any way inferior to Moscow’s metro,” Ivanov said. 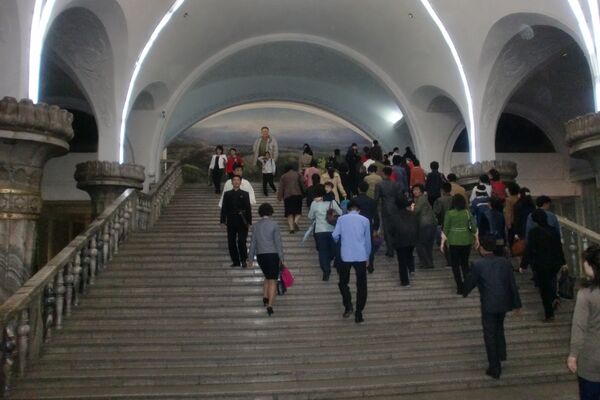 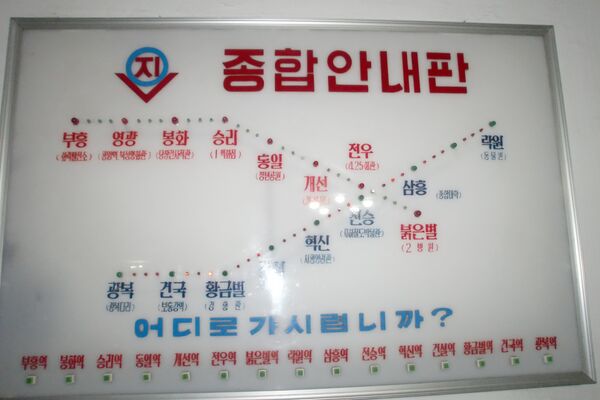 The journalist further said that the metro has beautiful mosaic panels with views of Pyongyang and the rural landscape depicting peasants peacefully plowing their farms with tractors.

There are images of farmers walking in the fields with happy faces and waving banners in the wind. There are of course, portraits of Kim Il Sung and Kim Jong Il, surrounded by workers or native wildlife. 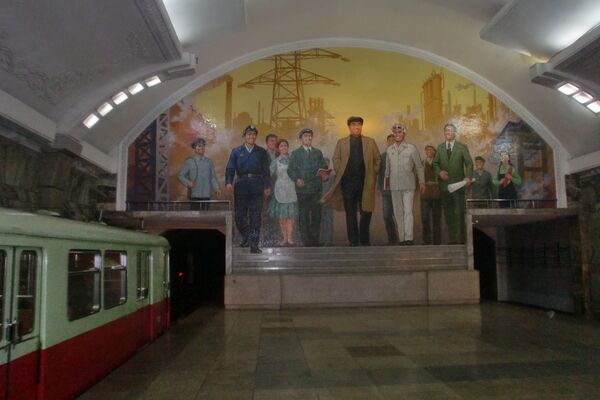 Further describing the underground subway system of Pyongyang city, Ivanov said, “The wagons of Pyongyang’s metro are very old — they were made almost 60 years ago, probably, in Germany. However, now they are introducing a new structure, which looks quite modern.”

“Although, of course, design wise and the finish of the wagon is not only inferior to Beijing Underground, but also to Moscow’s. Nevertheless, it is obvious that work on modernization of the North Korean subway is in full swing,” the journalist elaborated. 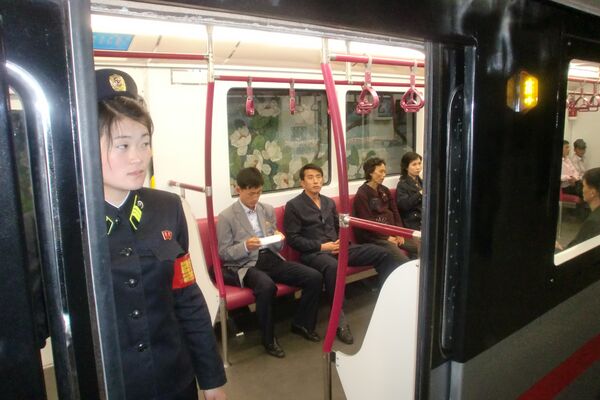 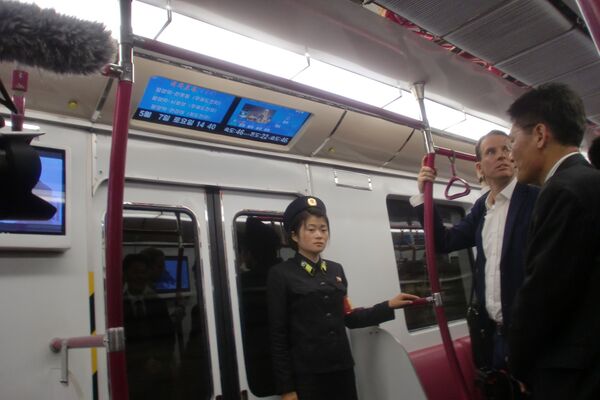 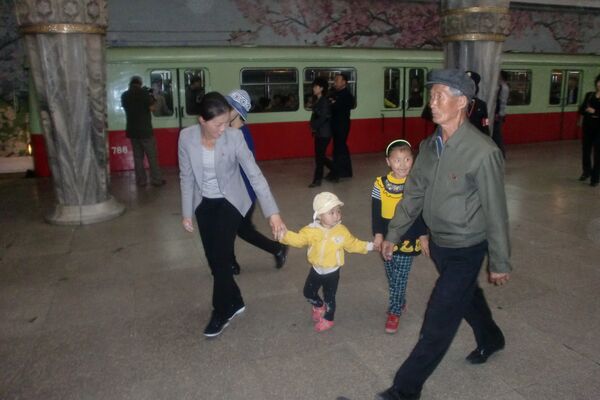 It is unknown, however, how the new subway will be perceived by Western journalists. One of them, during his last visit to Pyongyang accompanied his TV report about visiting the local subways with this comment: “North Korea has nothing else to be proud of, except of the metro and missiles.”

According to Ivanov that is not true. He explained that currently Pyongyang is building beautiful homes for its citizens. For example, in May last year, on the banks of the River Taedong a whole street called Mirai was under construction with residential high-rise buildings of up to 40-50 stories.

“Some of these houses are intended for scientists. As once it was in the Soviet Union, its residents are constantly trying to maintain a high culture of life and compete against each other to see who cleans their apartments better.”

According to the journalist, the results of such competitions are reflected on tablets that are hung in the lobby on the first floor of the residential buildings. Those who win the competition of the cleanest apartment receive a tablet over their doors for everyone else to see. 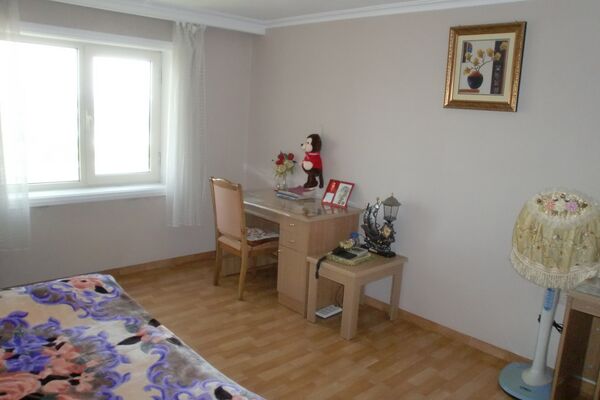 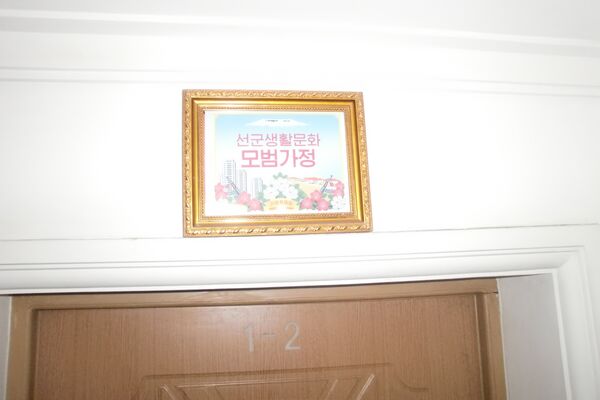 “By the way, keeping a 210 square meter apartment is not an easy task. But one such owner, the Dean of the Engineering Faculty of one of the universities of Pyongyang apparently manages to cope well. He even brewed beer at home for the unexpected guests,” the journalist told during visiting the dean’s house.

Although the city is flourishing and is being modernized such residential buildings are, however, not yet full of residents.

People apparently refuse to move into the upper floors, because of power failures and the resulting malfunction of the elevator occur quite often. The imposed sanctions by the Americans have prevented North Korea from constructing a nuclear power plant in the country which would have provided then with sufficient electricity to run the newly constructed structures.