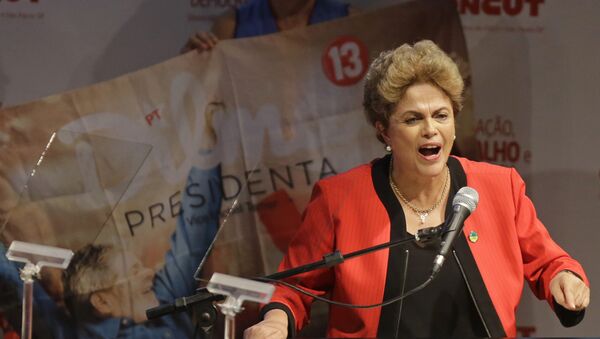 Brazil’s suspended President Dilma Rousseff has condemned the Senate’s vote to back an impeachment trial as a "coup."

MOSCOW (Sputnik) — The upper house of the Brazilian parliament voted 55-22 on Thursday to start impeachment proceedings against Rousseff after she was accused of concealing the country’s budget deficit ahead of the 2014 re-election.

In a Facebook posting, the embattled leader quoted Brazil’s Attorney General Eduardo Cardozo who had called the motion to remove the democratically-elected president as a "historic injustice," at the end of all-night parliamentary debates.

The 68-year-old has been suspended from office for 180 days, pending the trial. Vice-President Michel Temer is expected to assume the presidency during that period.