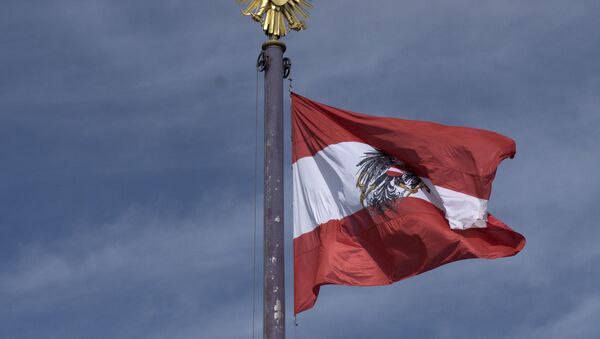 Authorities in Lower Austria, one of the Austria’s states, called for the removal of European sanctions against Russia. According to local politicians, the sanctions are harmful and useless since they have damaged local companies.

For Lower Austria, Russia was one of their largest markets. However, the situation has been complicated by Western anti-Russian sanctions, which reduced exports from Lower Austria to Russia by 30 percent.

Recently, during a visit of a Moscow delegation to Lower Austria, local politicians called for lifting the sanctions, labelling them as "counterproductive."

"The last couple of years proved that sanctions have given no desirable results. But, unfortunately, they’ve damaged the agricultural industry. So I hope that after the sanctions expire in late-June we would be able to reach a partnership agreement with Russia," Petra Bohuslav, a member of the local economic council, said.

"The potential for our economic cooperation is much higher than we did before. There are possibilities for cooperation in construction business, environmental technologies and tourism," Sergei Yudakov, Deputy Chair of the Moscow Regional Parliament, noted.

Currently, it is obvious that economic sanctions have been counterproductive for both sides. It is expected that after the sanctions are lifted the trade volume between Lower Austria and Russia would increase from €250 million to €500 million.

"I believe that Lower Austria has a very good reputation since the Russian government supports companies working here. The fact that a high-profile Russian delegation arrived proves that Russia is interested in cooperation with Lower Austria,” Hans Penz, chairman of the local legislature, said.

EU Should Lift Russia Sanctions if Joint Anti-Daesh Strategy Agreed
During the visit of the Russian delegation, participants of the talks agreed to maintain good political relations and expressed hope for developing economic ties.

This is not the first time when European politicians and businessmen have called for lifting sanctions against Russia.

Recently, One of Germany's largest political parties, Alternative for Germany (AfD), demanded the lifting of anti-Russian sanctions. The resolution is expected to be sent to the government of the federal state of Baden-Wurttemberg on May 11.

"Anti-Russian sanctions should be lifted because they have turned against us and have negative consequences on the economy. Russia is one of the key partners of Baden-Wurttemberg, and our trade relations should not be dropped, " local MP Udo Stein was quoted by the Russian newspaper Izvestia as saying.

Anti-Russian sanctions were first implemented in 2014 after Brussels joined Washington in accusing Moscow of fueling the Ukrainian crisis. The sanctions have been prolonged several times despite the fact that Russia has repeatedly denied allegations of its involvement in the Ukrainian conflict.  On December 22, 2015, the European Council decided to extend the anti-Russian economic sanctions until July 31, 2016.