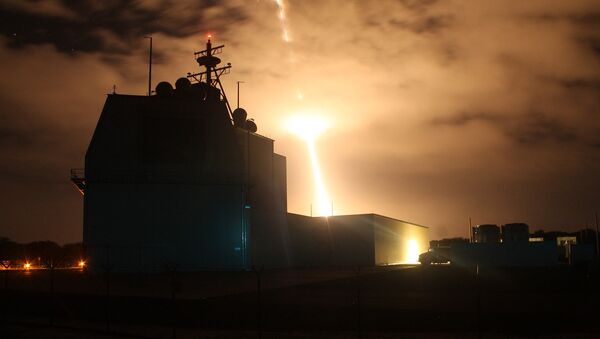 On Thursday, May 12th, Romania will launch its new Aegis Ashore missile defense complex. A senior US official will be on hand at the ceremony.

US Assistant Secretary of State Frank Rose, who came to Romania for the launch ceremony, took part in a news conference in Bucharest Wednesday. During the conference he denied claims by Russia that this missile defense system will have a negative impact on regional stability.

"Both the US and NATO have made it clear the system is not designed for or capable of undermining Russia's strategic deterrence capability," Rose said.

"Russia has repeatedly raised concerns that the US and NATO defense are directed against Russia and represents a threat to its strategic nuclear deterrent. Nothing could be further from the truth."

He also claimed that the recent Romanian and Polish missile defense installations will defend NATO members against the threat of short and medium-range ballistic missiles, "particularly from the Middle East."

"Tomorrow is a demonstration that the US, Romania and the other allies contributing to the defence system mean what Article Five says," he said, referring to Article 5 of the Washington Treaty, by which all NATO members will respond in the event of a military threat to any single member.

​Russia has repeatedly expressed concern over the establishment of the US-designed ballistic missile defense system in Europe.

The Deveselu site in Romania will host a battery of SM-2 missile interceptors and will officially be integrated into the NATO missile shield at the bloc's summit meeting, to be held in Warsaw in July.