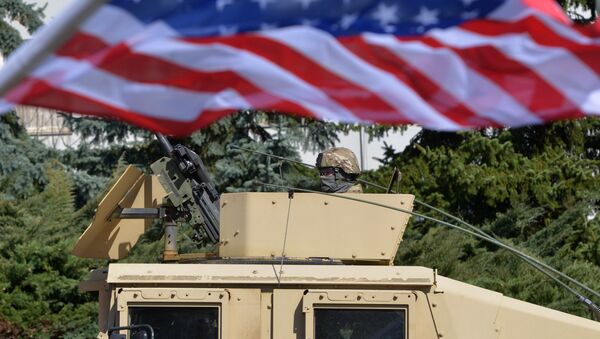 The US Congress has just unveiled a new defense spending bill, and while a first glance suggests a decrease from the previous year, the fine print suggests otherwise.

On Tuesday evening, the House Appropriations Defense Subcommittee released its draft bill for war funding in 2017.

Shrinking Numbers: US Army Active-Duty Headcount Lowest Since Before WWII

"In an increasingly dangerous and rapidly changing world, we must guarantee that our military and intelligence community have the capability to defeat barbaric Islamic terror groups and deter aggressor-nations, like Russia, Iran, China and North Korea," subcommittee Chairman Rodney Frelinghuysen said in a written statement.

The bill allocates $575.7 billion to the US Defense Department, with $517.1 billion going toward base requirements and another $58.6 billion set aside for the Overseas Contingency Operations (OCO) fund.

While that may sound like a decrease from last year’s $612 billion, the new bill only provides funding through April of next year. This will, in theory, allow the incoming president to make his or her own requests for additional funding, resulting in a higher 2017 military budget, regardless of who wins the election in the November.

But providing funding for only the first four months of the coming year has also received criticism for potentially leaving overseas forces underfunded and vulnerable.

"The majority’s failure to provide a full year of funding for thousands of men and women serving in dangerous places around the world is astoundingly irresponsible," New York Representative Nita Lowey said in a statement, according to The Hill.

"By shifting funding away from Overseas Contingency Operations, the majority would create a cliff just a few months into 2017, forcing the new president to request supplemental funds to pay our troops within weeks after taking office."

US Defense Secretary Ashton Carter has also criticized the bill, while the White House has described it as "grossly irresponsible."