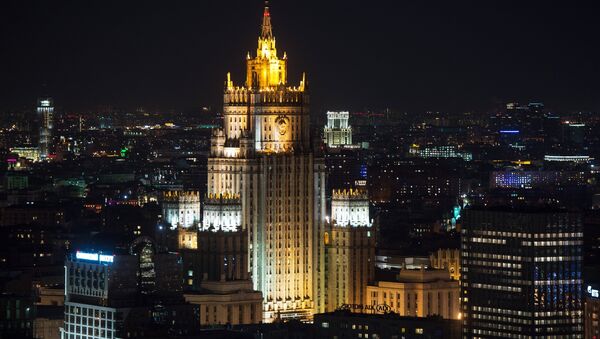 Moscow does not take seriously US concerns regarding Russia's and China's activities in space, the head of the Russian Foreign Ministry’s Department for Non-Proliferation and Arms Control said Wednesday.

MOSCOW (Sputnik) — The Washington Post reported earlier in the week that Frank Rose, Assistant Secretary of State for Arms Control, had expressed concern over "the continued development by Russia and China of anti­-satellite weapons."

"Indeed, such statements have been made recently by official representatives of the US administration, fairly regularly. Taking them literally and seriously is impossible. After all, any country, including the United States, has the opportunity to address real concerns, if they arise, through established political and diplomatic means," Mikhail Ulyanov told RIA Novosti.

World
China Opposes Arms Race in Space - Foreign Ministry
"Not only will Washington not use [diplomatic channels], but it actively tries to avoid them," he added.

Ulyanov noted that the United States itself has been blocking a 2008 proposal by Russia and China on preventing the deployment of weapons in outer space, which would "effectively solve the problem of anti-satellite weapons."

"The Russian-Chinese proposal has gained broad support on the international arena, but its practical implementation is categorically blocked by the United States," he said.