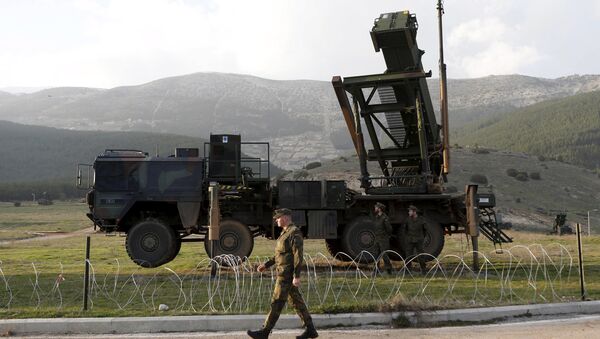 German Gov't to Add 7,000 Soldiers in First Military Increase in 25 Years
MOSCOW (Sputnik), Alexander Mosesov — The plans to enlarge the German armed forces — the Bundeswehr — are seen as a positive factor for regional security by the Dutch Ministry of Defense, the ministry's spokesperson told Sputnik on Wednesday.

"Yes, the changed security environment demands the enhancement of the readiness, responsiveness and robustness of the European armed forces. We all need to re-invest in our security, as part of a collective, step-by-step approach. We cannot keep relying on others to deal with our security problems," the spokesperson said, answering a question whether the Bundeswehr enlargement is seen as a positive factor for European security.

As many as 14,300 additional military personnel will be added to Germany's armed forces by 2023, as well as 4,400 civilian specialists, including IT experts and doctors. The enlargement is aimed at "filling the gaps," in particular in the areas of cyber- and information security, as well as the special forces and the Navy.

"As European nations, we need to take responsibility – within NATO as well as the EU. The Netherlands are very much in favor of enhancing our defense cooperation in Europe," the spokesperson added.

The news came following the April statement by Polish Defense Minister Antoni Macierewicz on the plans of the Polish army to grow by at least 50 percent in the coming years.