Russia Vows to Continue Efforts to Stop Bloodshed in Syria 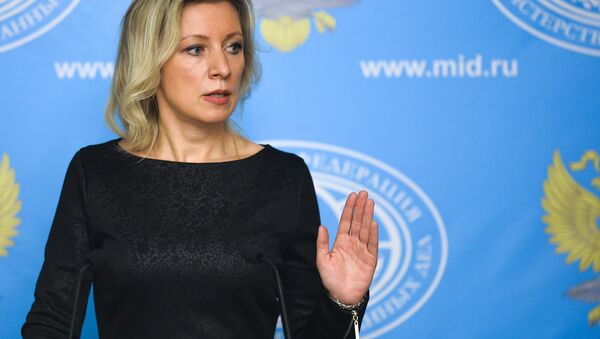 Russia will continue efforts to stop the bloodshed in war-torn Syria and welcomes similar steps by the United States as both countries reaffirm their commitment to the political settlement of the Syrian crisis, the Russian Foreign Ministry said Tuesday.

MOSCOW (Sputnik) — Moscow and Washington, as co-chairs of the International Syria Support Group, issued a joint statement on Monday pledging to intensify efforts to ensure the nation-wide implementation of the cessation of hostilities in Syria.

"The Russian side will continue efforts aimed at the cessation of violence and bloodshed, as well as at countering the terrorist threat [in Syria]," ministry's spokeswoman Maria Zakharova said in a statement, welcoming similar efforts by Washington.

Nusra Front Ready to Establish New 'Islamic State-Like' Caliphate in Syria
Zakharova stressed that the practical implementation of the agreements brokered by Russia and the US would help facilitate political reforms and bring peace and reconciliation to ther Syrian nation.

She also urged Washington to apply pressure on US-backed opposition groups to fully disassociate themselves from the Nusra Front terrorist organization.