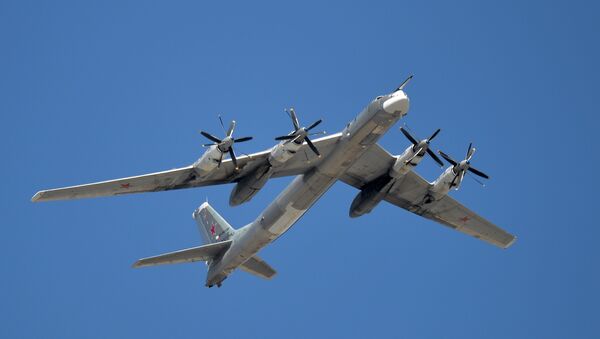 Russia's Tu-95MS strategic bombers, which took part in the May 9 Victory Parade in Moscow, will be equipped with long-range cruise missiles bearing conventional warheads, according to former Russian Air Force chief Pyotr Deinekin.

He recalled that during the parade, which marked the 71st anniversary of the capitulation of Nazi Germany in World War II, the Tu-95MS bombers could be seen flying with special mountings on the wings.

"During the bombers' flyover, foreign military attaches, of course, could see external mountings on the planes' wings for the newest Kh-101 strategic cruise missiles," Deinekin said.

He added that the Tu-95 was originally designed for carrying 16 such missiles, but that the external mountings for them were later removed within the framework of Russian-American agreements. 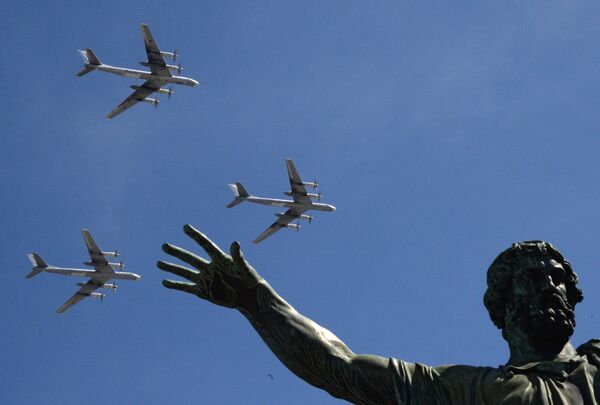 The re-addition of Kh-101 missiles means that the Tu-95MS's range will be reduced, which Deinekin said will not affect the bomber's ability to successfully destroy enemy targets from Russian territory.

The previous Tu-95 modification was armed with six Kh-55 cruise missiles on a rotary launching mechanism in the bay. The Kh-101 is bigger than the Kh-55, and cannot be carried in the bay of the aircraft.

The Kh-101 has an operation range of up to 5,500 kilometers, with a complex trajectory. It can travel at an altitude of 30 meters above the ground.

Bullet the Blue Sky: Su-35S Named One of the World's Deadliest Fighters
The Kh-101 is invisible to radar and has an accuracy of five meters. The missile is guided with a combined navigation system – inertial and GLONASS.It hits its targets with a 400-kg conventional warhead or 250-kiloton nuclear warhead.

The Tu-95 is also the world's fastest turboprop-powered aircraft. After the modernization, the Tu-95 is expected to stay in service with the Russian Air Force until 2025.