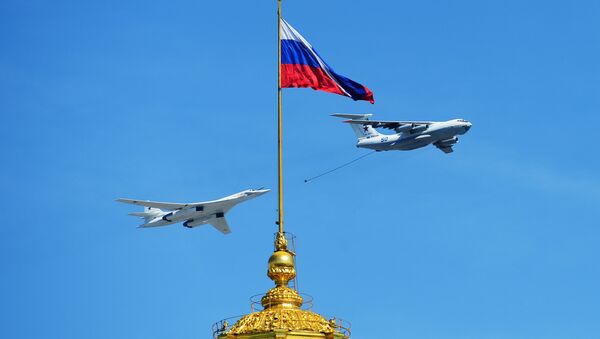 May 9, Great Patriotic War Victory Day - Facts and Details
The May 9 Victory Day Parade on Moscow's Red Square saw a flyover performed by Russia's sophisticated Tu-160 and Su-34 bombers, as well as bombers such as the Tu-95, the Tu-22M3 and the Su-24.

Nicknamed the "White Swan" by its pilots, the Tu-160 is a supersonic, variable-sweep wing heavy strategic bomber designed by the Tupolev Design Bureau. Although some civil and military transport aircraft are larger in terms of their overall dimensions, the Tu-160 is the largest combat aircraft the world has ever seen. 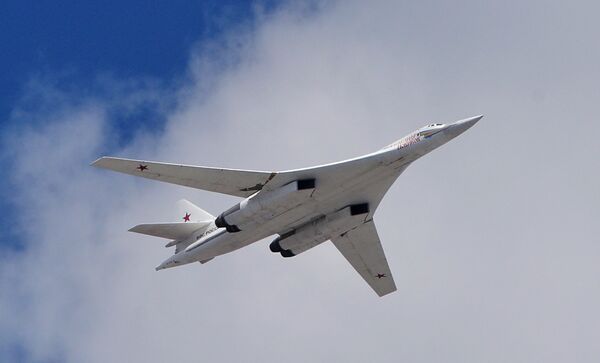 In service since 1987, it is the heaviest combat aircraft in the world, with the highest maximum take-off mass among bombers.

After a full modernization, the aircraft were re-accepted into Russian service after testing in late 2005. The upgrade combined the capacity to launch two new conventional versions of the Kh-55 long-range nuclear cruise missile — the Kh-101 and the Kh-555. 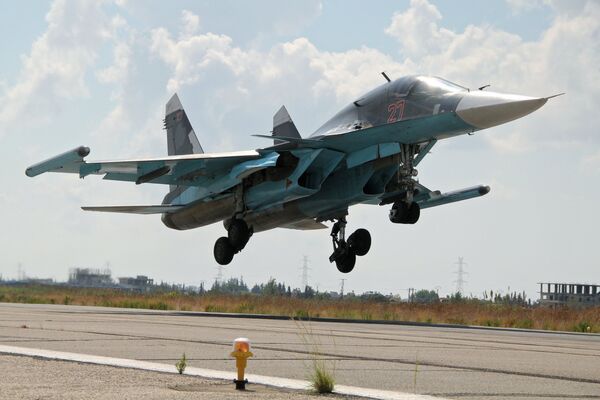 As for the Su-34 fighter bomber, it is a 4++ generation jet, which can accelerate to a maximum speed of 1,200 miles per hour and can fly a maximum range of 2,500 miles without refueling.

The Su-34 is designed to deliver high-precision strikes on heavily guarded targets in any weather conditions, day or night, and fields weaponry including a 30mm GSh-301 cannon, rockets, air-to-air, air-to-ground and anti-ship missiles, as well as guided and unguided bombs. 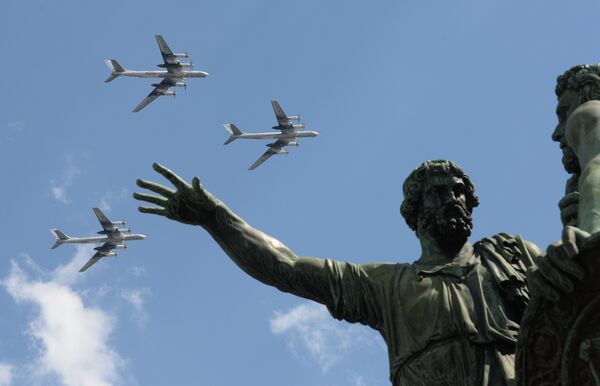 Notably, both the Tu-160 and the Tu-34 successfully took part in Russia's anti-Daesh air campaign in Syria, alongside the Tu-95, a four-engine turboprop-powered strategic bomber and missile platform. 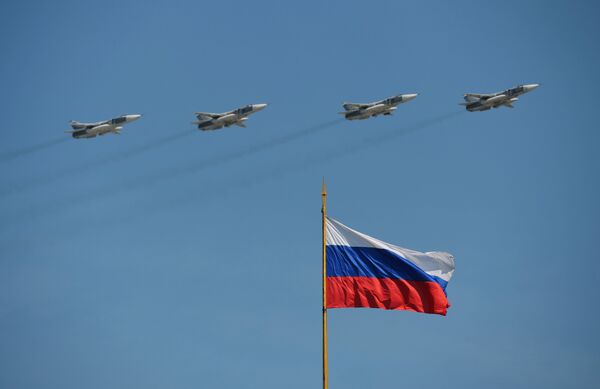 The Tupolev Tu-95 entered service with the Soviet Air Force 11 years after the first Soviet victory parade, in 1956. In 2010, a squadron of Tu-95s traveled 30,000 kilometers within 43 hours, refueling four times in midair. 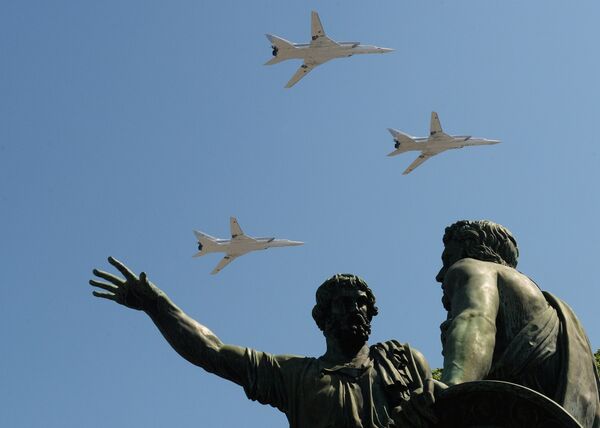 Codenamed the "Bear" by NATO, the Tu-95 is also the world's fastest turboprop-powered aircraft. After its modernization, the Tu-95 is expected to stay in service with the Russian Aerospace Forces until 2025.

Victory Day Parade Kicks Off at Syria's Hmeymim Airbase
Developed in the Soviet Union, the Sukhoi Su-24 (NATO reporting name: Fencer) is a supersonic, all-weather frontline bomber which remains in service with the Russian Aerospace Forces. The aircraft features a variable-sweep wing, twin-engines and a side-by-side seating arrangement for its crew of two.

Like the Tu-160 and the Tu-95, the Su-24 took part in the air campaign that Russian launched against Daesh terrorists in Syria in September 2015.

Last but not least is the Tu-22M3, a supersonic, variable-sweep wing long-range strategic and maritime strike bomber. The aircraft is the latest modification of the Tu-22 family, and has remained in service with the Russian Armed Forces since 1989.