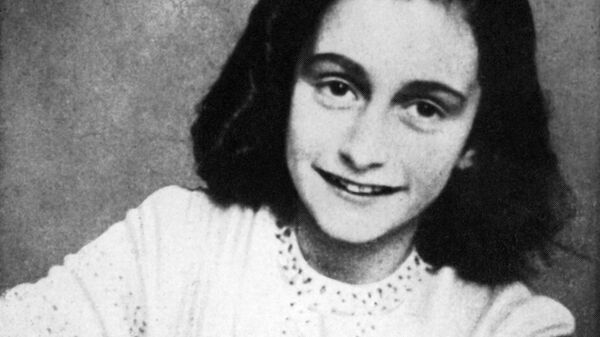 A book that once belonged to Anne Frank, the tragic teenage memoirist of the Holocaust, has been purchased at auction for a whopping $50,000.

The Museum of World War II, located near Boston, Massachusetts, acquired a copy of the book Grimm's Fairy Tales, which belonged to Anne Frank, a victim of the Holocaust whose published memoir has sold over 30 million copies worldwide and has been translated into over 60 languages, and serves as a harrowing account of life and death under Nazi rule.

The auctioned book, printed in 1925, was inscribed by both Anne Frank and her sister, Margot, and was sold at Swann Auction Galleries in New York City for $50,000 to the Boston Museum.

The book was originally owned by Anne Frank's family in Amsterdam, and was left behind when the family went into hiding in the attic of a nearby building. The book ended up in a secondhand bookstore, where it was initially purchased by a Dutch couple. The couple's children later discovered the signature in 1977 and contacted Otto Frank, the father of the Frank girls, and the only World War II survivor of the family.

Otto responded with a letter, which was attached to the auction lot, in which he expressed his appreciation for the discovery and his wish for the family to keep the book for their own daughter, in memory of Anne.

According to Boston museum founder and executive director Kenneth W. Rendell, the book will become a centerpiece of the museum's Holocaust collection, which also includes items that belonged to other members of the Frank family.

"I had everyone surrounding her on display, but nothing that had come from her own hand," he said.

Anne Frank's "The Diary of a Young Girl," which documents her life in hiding during the German occupation of the Netherlands in World War II, is one of the world's most widely-read books of the 20th century, and has been the basis for several plays and films.

Anne Frank died in the Bergen-Belsen concentration camp at the age of 15.