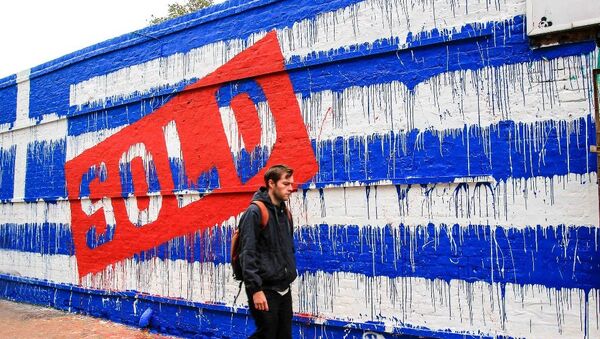 The vote triggered days of mass anti-austerity protests, as well as public transport and media outlet closures. At least 25,000 gathered in the cities of Athens and Thessaloniki as law enforcement officials increased security measures outside prime ministerial and parliamentary offices.

The pension and tax reforms are demanded by Athens’ lenders to unlock the next tranche of €86 billion ($95 billion) of bailout agreed in July 2015. The eurozone finance ministers known as Eurogroup are scheduled to review Greece's reforms to approve the transfer on Monday ahead of bond repayments expected this summer.

Greek Journalist Unions Announce Strike Action Against Pension Reforms
The new law envisions cuts to pensions of over €2,000 and €3,000, and the gradual elimination of occupational pension funds.

Minimum non-taxable income is lowered from €9,100 to €8,600. Additionally, value-added taxes will rise from 13 percent to 14 percent as of July 1, which is expected to increase the costs of products and services. As of June 1, excise duties and consumption taxes will be raised on products that include cigarettes and tobacco, fuel, diesel, as well as natural and liquefied gas.

On January 1, 2017, coffee and e-cigarette use, as well as overnight tourist stays at hotels ranked two stars and up, will be taxed for the first time.

A 5-percent tax on broadband internet and 10 percent on paid television will be introduced on July 1 this year.

Government spending, particularly on defense and public enterprises, will be reduced in June this year.

Taxes on small and medium-sized businesses will climb from 26 percent to 29 percent on income of up to €50,000 per year. Businesses earning more than €50,000 per year will be taxed up to 33 percent.