Polish Politician: Refugees ‘Should Be Sent to Fight for Their Countries’ 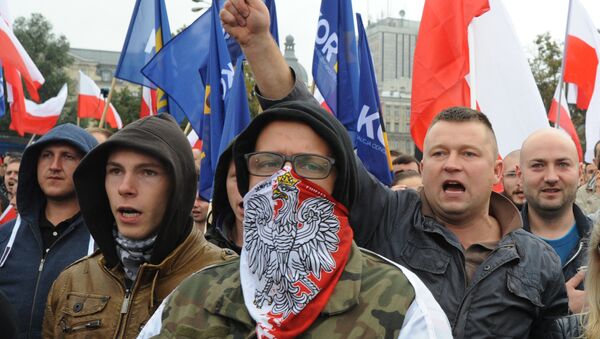 The leader of the Polish Peasant Party Wladyslaw Kosiniak-Kamysz has proposed arming refugees and then returning the men back so that they could fight for their countries’ freedom, Poland’s TVP Info broadcaster reported.

“For humanitarian reasons we must accept women and children if it is necessary; the Holy Father [Pope Francis] also calls for that… Men should be armed and sent to fight for the freedom of their countries,” Kosiniak-Kamysz said.

Wladyslaw Kosiniak-Kamysz, who served as Agriculture Minister in 2011-2015, also opposed the so-called Dublin system of  relocating asylum seekers  arriving in countries on the fringes of the European Union to other states within the bloc.

“Poland will never agree to such [a system of] redistribution,” Wladyslaw Kosiniak-Kamysz said.

Poland to Host Refugees in Camps on Russian Border
Polish media earlier reported, citing Interior Ministry sources, that that up to 150,000 migrants from the Middle East and Africa were expected to arrive in the country in keeping with the system of redistribution proposed by the European Commission.