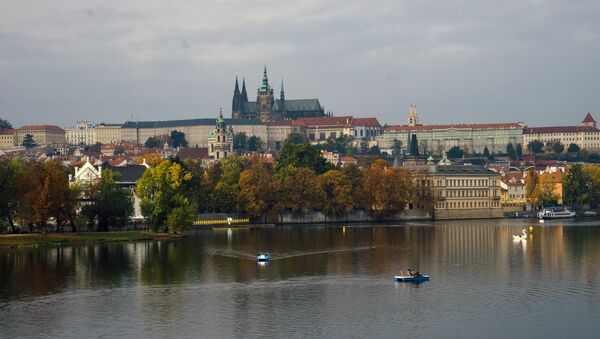 An "Immortal Regiment" march honoring Liberation Day will be held for the first time in the Czech capital of Prague on May 8, one of the organizers told RIA Novosti on Friday.

Lithuanian Cities to Host 'Immortal Regiment' Marches on May 9
PRAGUE (Sputnik) — The event to mark 71 years since the republic’s liberation from Nazi occupation during World War II has been organized together with a Czech association of war veterans and multiple civil rights groups.

"The first march of the ‘Immortal Regiment’ will be held on May 8 close to the Prague Castle, the official residence of the Czech president," a member of the Civic Association for the European Multicultural Society (OSEMS) said.

Similar marches will be held on May 8 and 9 in former Soviet republics and across Europe, as well as in at least nine US cities, including New York City and San Francisco.