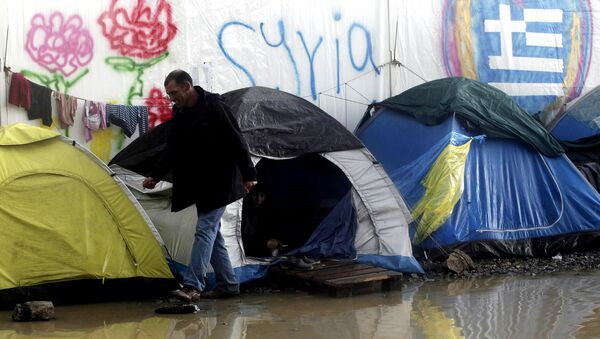 The International Monetary Fund (IMF) sees the increase in migrant flows into Europe as one of the risks to the economy of the continent's Central, Eastern, and Southeastern (CESEE) regions, a report published on Friday revealed.

"Sharp rise in migrant flows and related instabilities due to security dislocations in the Middle East: While this risk may be non-trivial, the impact is likely to be limited to a few countries, particularly with the closure of the Balkan migrant route. The risk is non-negligible for Turkey, where refugee flows may increase in the near term. With the Balkan route now closed, migrants may try to search for alternative routes," the IMF predicted in its list of the main sources of downside risks for the economies of the CESEE states.

Europe has been beset by a massive refugee crisis, with hundreds of thousands of undocumented migrants fleeing crisis-torn countries in the Middle East and North Africa, trying to escape violence and poverty. The majority of them cross the Mediterranean Sea and arrive in the European Union using southern EU nations as transit points.