US, Coalition Aircraft Not Operating in Area Near Refugee Camp Hit in Syria 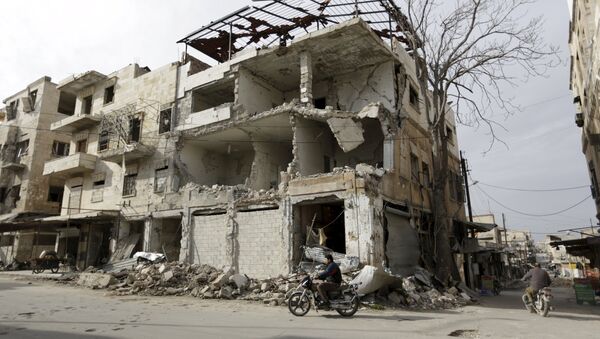 No US or coalition aircraft were operating in the area of Syria’s Idlib province where a refugee camp was struck, reportedly killing dozens of people, White House spokesperson Josh Earnest said at a press briefing on Thursday.

Dozens of Civilians Injured in Terrorist Missile Attack on Aleppo Hospital
WASHINGTON (Sputnik) — Earlier in the day, a refugee camp in Syria's Idlib near Turkey's border has been hit by an airstrike, leaving at least 28 people, including women and children dead.

"You should confirm with the [US] Department of Defense, but I believe this to be true: there were no US or coalition aircraft that were operating in the region, primarily because our efforts are focused on ISIL [Daesh]," Earnest told reporters.