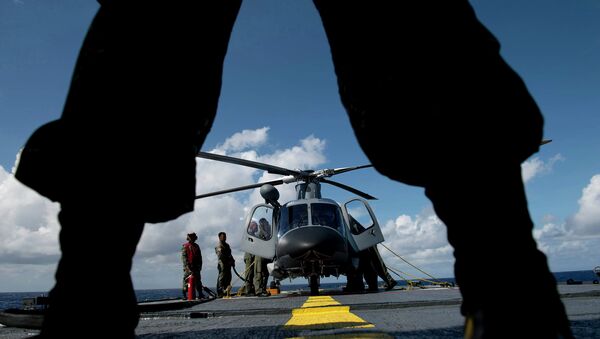 Previously, twelve helicopters were to be procured at a cost of 560 million euros. Now, an Italian court has claimed that bribes were paid to various people including the then IAF chief, bureaucrats and politicians.

In defense of the former ACM, retired Air Marshal Pranob K. Barbora said: "The specification of the chopper could not have been changed with a single signature of the IAF chief."

For the chopper deal to have been passed it had to be approved by three defense ministers, two national security advisers and one director general, who eventually ended up being the defense secretary.

Indian Navy to Replace Sea Harriers with Russian MiG-29K
The deal was first proposed by the Special Protection Group, then passed to the Prime Minister's Office and landed eventually on the table of Brijesh Mishra, now deceased, former national security adviser. After his approval, the ministry of defense asked IAF to come up with a proposal for a heleicopter to ferry VVIPs.

However, in a meeting held on November 19, 2003, Mishra then reissued his initial proposal with a reduced operational altitude of 4,500 meters. The Eurocopter was not ultimately picked.