Turkey Must Change If It Wants In - European Parliament 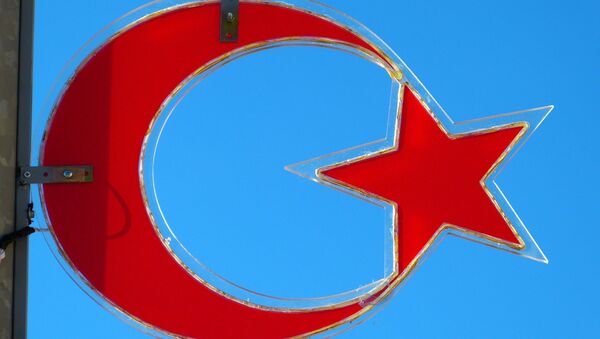 The European Parliament (EP) has said that Turkey must fulfill all its commitments on human rights before visa-free travel is allowed. However, some believe visa liberalization is simply a blackmail deal from Turkey.

Turkey in Turmoil as Erdogan, Davutoglu Split Over Syria, Europe
The EP have stated that unless Turkey adheres to its commitments on human rights and changes its anti-terrorism laws, which are being used to silence journalists, they will not be allowed visa-free travel.

The package presented in a proposal by the European Commission, was debated by the EP and political group leaders. The proposal outlined several other migration policies and the EP believes that it is a balanced and comprehensive one.

In an announcement made by the EC on Wednesday, vice-president Frans Timmermans said: "Turkey has made impressive progress, particularly in recent weeks, on meeting the benchmarks of its visa liberalization roadmap."

For those that criticise our agreement with Turkey on tackling migration, let's recall that nobody is drowning in the Aegean now.

Engaging with Turkey is a better proposition than shouting at them. We are now talking to them about fundamental rights and the rule of law.

However, Timmermans stressed that there was still room for improvement. "There is still work to be done as a matter of urgency but if Turkey sustains the progress made, they can meet the remaining benchmarks. This is why we are putting a proposal on the table which opens the way for the European Parliament and the Member States to decide to lift visa requirements, once the benchmarks have been met," he added.

These comments were echoed by EU's migration commissioner Dimitris Avramopoulos: "The Turkish authorities have made remarkable progress since the 18 March EU-Turkey Summit and we trust Turkey is committed to delivering on all fronts as soon as possible. On the understanding that all benchmarks will be met as a matter of urgency, the Commission has decided to put forward a proposal to transfer Turkey to the list of visa-free countries. Of course, the Commission will continue to monitor the continuous fulfilling of these criteria."

For as long as Europe fails to put its own policies in place to deal with #refugeecrisis, #Erdogan will continue to play the puppet master

ALDE Group leader Guy Verhofstadt, said the main concern for this deal is Turkish anti-terrorism legislation, which is being used to silence Turkish and foreign journalists who are critical of Erdogan.

"Press freedom and freedom of expression are fundamental values of the European Union. In recent years these anti-terrorist laws have been used in a brutal clampdown on Turkish and foreign journalists by the Turkish government. As long as this remains the case, the European Parliament should not support this proposal for visa liberalization," Verhofstadt said.

​This is not the only concern. Janice Atkinson MEP believes the EU has been blackmailed by Turkey. She told Sputnik:

"The EU has taken blackmail from Turkey, because they can't control their own boarders. We have just given 6 billion euros to Erdogan… We have just done this dirty blackmail deal with him to do as he pleases."