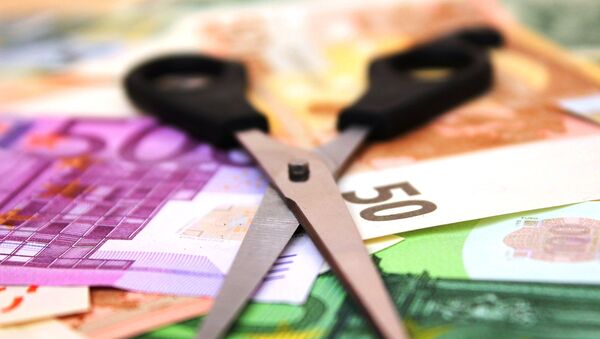 © Photo : Pixabay
Subscribe
Support for euro adoption in the Czech Republic is down to a 15 year low with a mere 17 percent voting for a transition to the single European currency with 78 percent saying no, according to a CVVM poll, novinky.cz news agency reported.

The past year saw a 7 percent drop in the number of those favoring euro adoption.

"The proportion of respondents who say they disagree with the adoption of the euro increased by nine percentage points from April 2015, and is thus comparable to April 2012, 2013 and 2014," the agency said.

36 percent of respondents voiced confidence in the future of the European project, which was almost the same as in 2015, when it was 35 per cent.

Domino Effect? Czech Republic Could Exit EU After UK
18 percent of respondents under 42 said the country should maintain its current involvement in EU affairs, while 30 percent said they wanted the country to be less dependent on Brussels.

In 2012, 22 percent of respondents under 41 said they wanted to preserve the current level of EU cooperation, compared to 24 percent who voted for closer ties with Brussels.

The survey was conducted April 4 to 11 and involved 1,063 respondents.

The Czech Republic uses the  koruna as its currency and is bound by its 2003 Treaty of Accession to the European Union to join the Eurozone once it has satisfied the euro convergence criteria.

Although the Czech Republic is economically well positioned to adopt the euro, following the European debt crisis there has been considerable opposition among the public against the adoption of the euro currency.

According to a Eurobarometer poll in April 2015, 29 percent of Czechs were in favor of introducing the euro while 70% were opposed.