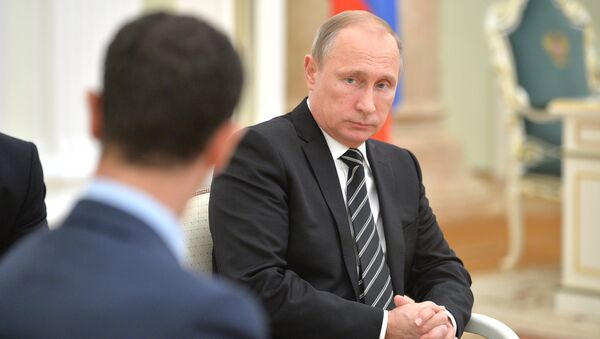 Syrian leader Bashar Assad on Thursday compared the fight for Aleppo with the battle of Stalingrad in a message to President Vladimir Putin ahead of the Victory Day celebrations in Russia.

MOSCOW (Sputnik) — The battle for the southern Russian city of Stalingrad (now Volgograd) was a turning point in World War II. It was won by the Soviet Army in January 1943.

"Stalingrad is dear to Aleppo and all Syrian cities. Syria vows to continue fighting until the aggressors are defeated and the ultimate victory is ours," Assad wrote in a cable quoted by Syrian news agency SANA.

Most of Aleppo Controlled by Syrian Army, But Situation Remains Difficult
The partial ceasefire in Syria that was brokered by Russia and the United States in February was extended on Wednesday to the embattled northern city of Aleppo, where both government and militant forces have been shelling each other's positions.

Russian support in Syria's fight against terrorism reflects the Russian people's will to end injustice and overcome hardships, Assad added.

"The Russian people have paid a heavy price for Victory Day and their firmness will be remembered by generations over centuries," Assad wrote in his message, as quoted by the SANA news agency.