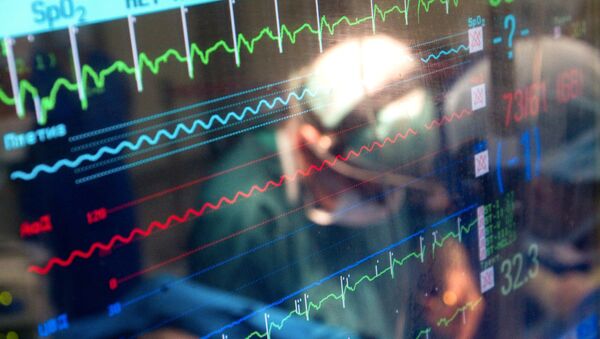 © Sputnik / Mikhail Fomichev
/
Go to the mediabank
Subscribe
International
India
Africa
Heart disease was ruled as the cause of death of Russian national Igor Zyazin who passed away while in US custody.

NEW YORK (Sputnik) — Heart disease was ruled as the cause of death of Russian national Igor Zyazin who passed away while in US custody, according to an autopsy report released by the San Diego County Medical Examiner’s Office.

"Hypertensive and atherosclerotic cardiovascular disease," a form of heart disease, was ruled as the cause of death, according to the report on Wednesday.

Zyazin died on Sunday while in the custody of the US Immigration and Customs Enforcement Agency (ICE).

Earlier on Wednesday, the San Diego County Sheriff’s Office told Sputnik that an official autopsy could take up to six or eight weeks.

Russian Zyazin’s Cause of Death to Take 1-3 Months to Determine
Zyazin, 47, was an inmate at the Otay Mesa Detention Facility in south San Diego. On the evening of May 1, an inmate noticed him unresponsive on his bunk and called for medical assistance, but medics were unable to resuscitate him, the San Diego County Medical Examiner’s Office noted.

On Tuesday, ICE issued a statement that Zyazin was detained by the agency since April 24.

According to the ICE, Zyazin had presented a Russian passport to US Customs and Border Protection officers at the port of entry into the United States. Officers determined that he had previously been deported from the country in 2009. Zyazin had no criminal history in the United States, ICE added.